When trying to explain the decline of Christianity in America, a common apologist refrain is that it’s the squishy liberal mainstream churches that are suffering, whereas the rock-ribbed conservative and evangelical denominations are standing firm against cultural tides.

If you hear anyone making this argument, refer them to an article from this month, from the Christian site LifeWay: “Southern Baptists experience historic drop in membership“.

Total membership in the Southern Baptist Convention fell almost 2% to 14,525,579 from 2018 to 2019, according to the Annual Church Profile compiled by LifeWay Christian Resources in cooperation with Baptist state conventions. The decline of 287,655 members is the largest single year drop in more than 100 years.

And the drop in baptisms – a leading indicator, since young adults who don’t get baptized have likely lost interest in the SBC and won’t raise their future children in the faith – was even sharper, falling by more than 4%.

The SBC is the largest Protestant denomination in the U.S. and the second largest Christian denomination overall. It insists on biblical inerrancy, opposes abortion, denies the legitimacy of same-sex relationships, forbids women and gay people from holding pastoral positions, and instructs wives to submit to their husbands. But that old-time religion hasn’t preserved them from the decline that’s afflicting Christianity throughout the Western world.

I wrote about the SBC’s demographic problems in 2014, and the trend hasn’t let up since then. This is their thirteenth consecutive year of declining membership, in which time they’ve hemorrhaged more than a million members.

Why is this happening? The LifeWay article offers nothing but this vague gesture at an explanation:

“The Southern Baptist Convention is not immune to the increasing secularization among Americans that is seen in more of our children and our neighbors not having interest in coming to Jesus.”

“Increasing secularization” isn’t an explanation of the problem, it’s a restatement of the problem. Why are young people losing interest in church membership? Why are people becoming resistant to evangelism?

There’s a more comprehensive answer in a report from the conservative American Enterprise Institute, “Promise and peril: The history of American religiosity and its recent decline“.

The AEI report uses direct survey data, institutional data maintained by religious bodies about their own membership, and proxy data like the frequency of religious words (“Trinity”, “Sabbath”, “pastor”) in published texts or the number of baby names with biblical origins or religious associations [p.21]. Some of these measures are more reliable than others, but all are broadly consistent in showing a dropoff over time:

A chart from the report shows a striking plunge in the percentage of Americans who profess any religious affiliation. As recently as 1990, there was scarcely any perceptible change from 1900. But in the last thirty years, the trend line has dropped off dramatically:

The AEI report highlights a similar trend of declining religiosity throughout the Western world. Some countries, like the U.K., Canada, Germany and the Netherlands, have seen an even steeper decrease in religious adherence than the U.S., while others, like Austria, Ireland and Portugal, have seen somewhat less of a decline. But importantly, the trend line has steepened in all the countries surveyed in the last thirty years, and none of them “have shown any sign of reaching a ‘bottom'” [p.7].

The explanation that they put forward for this trend has to do with “club goods” – benefits that a community provides to its members, such as education for children or mutual support in times of crisis. Their hypothesis is that religion thrives when it’s the best, or the only, source of these goods and can pressure people into joining in exchange for receiving them. But when there are alternative sources of these goods that don’t compel church membership, religion goes into decline. In other words, socialism is to blame:

[E]xpansions in government service provision and especially increasingly secularized government control of education significantly drive secularization and can account for virtually the entire increase in secularization around the developed world. The decline in religiosity in America is not the product of a natural change in preferences, but an engineered outcome of clearly identifiable policy choices in the past. [p.1]

…as governments increasingly compete to provide services historically provided by religious communities, social attachment to religion could decline. Indeed, there is some research directly tying state-level increases in irreligion in America to Medicaid expansions. [p.43]

AEI cites public education as an especially important example of this, since “Kids raised without religion tend to become nonreligious adults, and vice versa” [p.42].

Although they don’t phrase it in these terms, this is basically a concession that religion can only survive through indoctrinating the young. Despite all the effort spent on apologetics and evangelism, if kids aren’t taught to believe early in life, the chances of them converting later are negligible. Secular public schooling leads to religious decline not because it’s inherently hostile to faith, but simply because doctrinaire belief is a hothouse flower, unable to survive except under special and tightly controlled conditions.

The AEI report also gestures at an argument I’ve made before, that the increasingly shrill and insistent right-wing partisanship of many churches is sending people to the doors:

Today, religious leaders face a crossroads. Their churches are shrinking as a share of the population and are often shrinking in absolute numbers. They face enormous social and cultural headwinds. Furthermore, in recent years, religious engagement in politics has strayed far from the voluntarist support of intergenerational transmission of faith that could actually reverse secularization. Religious interest groups have made political enemies fighting costly battles around issues of sexual identity in particular. [p.54]

Religious leaders may dream of a bygone day when church schools were the only choice for education, when church charity was the only source of mutual support, and when politicians and voters alike bowed to clerical decrees about sexual morality. But that era is gone and it’s never coming back. Christianity, both the liberal and the conservative sects, has fallen off its pedestal. It may survive in some form, but as one choice among many, not as the dominant cultural force – and humanity will be better off for that. 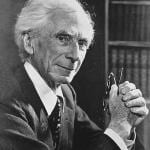