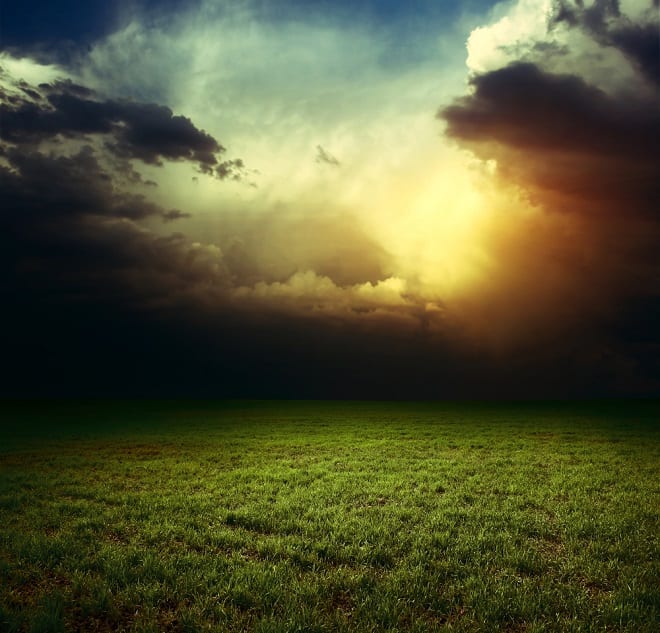 America is not okay. That’s the takeaway from a new poll from the National Opinion Research Center which found that Americans are the unhappiest they’ve been in 50 years:

This bold — yet unsurprising — conclusion comes from the COVID Response Tracking Study, conducted by NORC at the University of Chicago. It finds that just 14% of American adults say they’re very happy, down from 31% who said the same in 2018…

No less than 29% of Americans have ever called themselves very happy [since 1972].

This result might seem too obvious to merit mention. Of course a global pandemic, a massive economic depression, a wildly incompetent racist president tearing the country apart, and a nationwide wave of police brutality in response to protests for racial justice would make us less happy. Why is this even worth commenting on?

Actually, to those who are familiar with the quirks of human psychology, this may come as a surprise. Many studies have found that happiness is remarkably resilient to life changes, both the good and the bad.

As the study puts it:

If all things are judged by the extent to which they depart from a baseline of past experience, gradually even the most positive events will cease to have impact as they themselves are absorbed into the new baseline against which further events are judged.

In other words, we’re all running on a hedonic treadmill. As long as our basic needs are being met, people have a happiness set point which we tend to return to. It’s unusual for changes in circumstance to have a large and lasting effect. As this article about the NORC survey points out, we didn’t see a similar effect after the 9/11 attacks or the 2008 financial collapse.

If this time is different, that may be a sign of how much worse our present moment is. It’s not just a single crisis afflicting us, but many at once: some small and some large, some immediate and some slow-building. It’s the soaring tally of income inequality, combined with our pitifully inadequate safety net, that condemns tens of millions to poverty in the richest nation in human history. It’s the steady toll of gun violence, which Americans seem to have accepted with a glum sense of learned helplessness. It’s the looming threat of climate change, so huge it seems impossible to avert. It’s our archaic political system which encourages deadlock and minority rule and thwarts urgently needed change. And the COVID-19 pandemic, disastrous enough in its own right, has acted as an accelerant for all these other evils.

This isn’t the first poll to find that a profound gloom has settled over the nation. A recent Pew survey found that 87% of us are dissatisfied with the direction of the country, which must be a record. The NORC poll also found that only 42% believe their children will have a better life than they do, the lowest number to say so since the question was first asked in 1994.

Not all of us are suffering equally. As this article points out, rates of anxiety and depression have tripled for all groups since 2019, but black people in particular have had a spike of mental-health symptoms in just the last few weeks:

The rate of black Americans showing clinically significant signs of anxiety or depressive disorders jumped from 36 percent to 41 percent in the week after the video of Floyd’s death became public. That represents roughly 1.4 million more people.

American people of color have been hit by a one-two punch. First, they’ve suffered disproportionately from the economic depression, more so than other ethnic groups. Second, the killing of George Floyd and the other stories and graphic videos of police brutality and violence – although they’ve provoked a national reckoning and awoken many white people to the reality of racism – have been a constant drumbeat of trauma for black people who are already painfully familiar with it.

Sadly, the evidence suggests that our national pessimism isn’t unfounded. Our disastrous response, or rather lack of response, to the pandemic isn’t an aberration, but another symptom of a sick society – one that doesn’t value the lives or well-being of its citizens.

Americans have historically had a lower life expectancy than other industrialized countries, but we’re falling further behind the pack. Our overall life expectancy has been declining for years, largely because of “diseases of despair” – drug overdose, alcoholism and suicide.

Meanwhile, developing countries are starting to overtake us. As of 2018, China can boast that its healthy life expectancy – the number of years of good health a person can expect, as compared to absolute life expectancy, which includes years of illness and disability – is higher than the U.S.’ for the first time ever.

Given facts like these, it’s not irrational to be pessimistic. Americans are sick, poor, miserable and getting more so. Donald Trump has sown division and hatred, trampled the rule of law, packed the courts with right-wing ideologues, and made America a laughingstock and a pariah among the countries of the world. He’s accentuated the worst traits of the American character: xenophobic, belligerent, paranoid, proud of ignorance, gleeful in cruelty. We seem to have lost the capability to solve our most pressing problems. Like many fallen empires in history, this could be the beginning of a long, drawn-out decay.

On the other hand, there are real signs of progress. The Black Lives Matter protests have brought about a tectonic shift in white people’s opinions. White Americans are awakening to the ongoing problem of racism in a way I wouldn’t have believed possible just a few years ago. (Look at that bestseller list!)

Also, religion continues to decline. The conservative and fundamentalist churches that have been powerful obstacles to progress are bleeding membership and losing their cultural influence faster than anyone foresaw. Within just a few years, they may no longer be a meaningful voting bloc at all.

And Americans haven’t forgotten how to be cooperative or civic-minded. Although a loud and hostile minority of refuseniks claim most of the headlines, polls show an overwhelming majority support wearing masks as a way to protect each other against the pandemic.

We’ve never been faced with a more consequential choice this election year. If Trump wins a second term, he’ll bulldoze all remaining checks and balances and turn the nation into a banana republic. But if the 2020 election yields a progressive sweep – which is entirely possible, according to polls that show Republican incumbents in trouble even in red states – we could transmute our pent-up anger and unhappiness at the state of things into the greatest explosion of progress since the New Deal.

Unhappiness can lead to despair and fatalism, it’s true. But it can also be a sign that we’re no longer willing to tolerate an intolerable situation, that the time has come for change. Soon enough, we’ll find out which of these paths America wishes to take.