The historic war between science and religion began in Ancient Greece, and it still roils more than two millennia later. Science has won every encounter, yet supernatural believers won’t surrender.

Classical Greece teemed with magical faith. Multitudes of animals were sacrificed to a bizarre array of invisible gods who supposedly lived atop Mount Olympus. Throngs gave money to oracles who allegedly conveyed messages from the gods. Even “sacred wars” were fought over wealth accumulated by oracle shrines.

Amid all this mumbo-jumbo, a few wise thinkers began seeking natural explanations, not supernatural ones. It was the birth of science – but it was risky, because believers killed nonbelievers.

Anaxagoras (500-428 BCE) taught that the sun and moon are natural objects, not deities. He was sentenced to death for impiety, but escaped into exile.

Protagoras (490-420 BCE) said he didn’t know whether gods exist – so he was banished from Athens. His writings were burned, and he drowned while fleeing at sea.

The most famous martyr was Socrates (470-399 BCE), who was sentenced to death for offenses including “not worshiping the gods worshiped by the state.”

Hypatia (c. 360-415 CE), a brilliant woman who headed Alexandria’s famed library of knowledge, was beaten to death by Christian followers of St. Cyril.

Physician Michael Servetus (c. 1510-1553) – the first to learn that blood flows from the heart to the lungs and back – was burned in John Calvin’s Puritanical Geneva for doubting the Trinity.

Bruno Giordano (1548-1600) was burned by the Holy Inquisition for teaching that Earth circles the sun, and the universe is infinite. Science pioneer Galileo narrowly escaped the same fate for somewhat the same reason, but was sentenced to house arrest for life.

By the time that Charles Darwin (1809-1882) perceived evolution, western religion mostly had lost the power to kill nonconformists. His great breakthrough unleashed a religion-vs-science battle that still rages today. It caused the notorious “Scopes Monkey Trial” in Tennessee in 1925, and still flares when fundamentalists try to ban evolution from public school science courses. They contend that a supernatural father-creator made all species in modern form about 6,000 years ago – while science proves that life goes back vastly further, and that new species evolved from former ones. Evolution has become the bedrock of modern biology.

The struggle between science and religion also arises when some strong believers let their children die because – trusting promises by Jesus that prayer will cure disease – they refuse to get medical help.

(Haught is editor emeritus of West Virginia’s largest newspaper, The Charleston Gazette-Mail, and a senior editor of Free Inquiry. This essay appeared in the United Coalition of Reason newsletter, October 2017.) 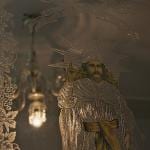 August 26, 2020 When Religions Die
Recent Comments
0 | Leave a Comment
"This was God's will...the problem is, there are so many gods that they got distracted ..."
Bill L. When Religious Rituals Turn Deadly
"This is the first time I've been to Patheos in years. Don't remember why I ..."
Michael Valentine About Patheos Copy Protection
"See John Zande's "The Owner of All Infernal Names", available on Amazon (Satan incarnate right ..."
basenjibrian Why Would God Drown Children?
"Stupid squalling idiocy. All of them."
MyLovelyNose When Religious Rituals Turn Deadly
Browse Our Archives
get the latest from
Daylight Atheism
Sign up for our newsletter
POPULAR AT PATHEOS Nonreligious
1