The Forest Is My Church 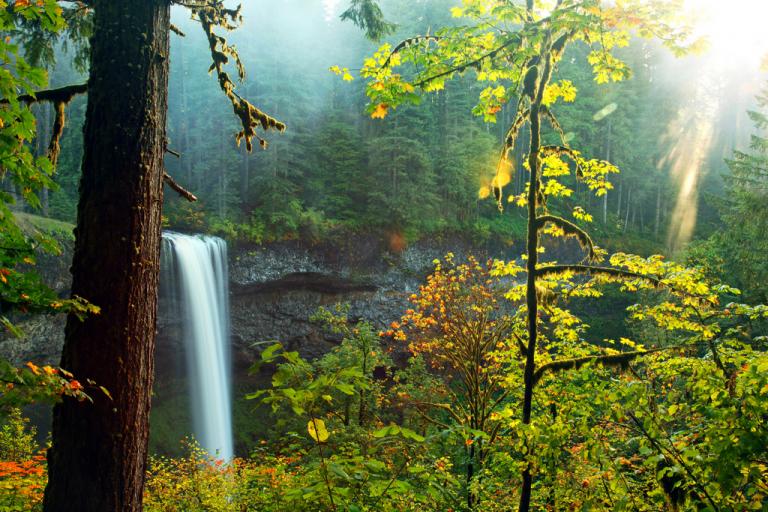 A marvelous asset surrounds millions of Americans. Part of the public ignores it, but a significant group cherishes it. I’m talking about the lush forest covering vast regions, including eighty percent of my state, West Virginia.

For woods-lovers, the forest is an enticing lure that’s freely available, almost everywhere you look. Appalachia is engulfed in nature, with countless shady trails along deep ravines or winding among tall trees that rise like pillars of a temple. Woodland is a place of contentment, a quiet refuge for calm reflection and long thoughts. Some people get that feeling in a church, but I get it in deep woods. And forest trekking is healthy, good for fitness as well as inner peace.

For skeptics like me, enjoying woodland silence and the cathedral-like rise of treetops is as spiritual as it gets.

For seven decades, I hiked in the hills. I even made my own trails. Along my personal paths, the groves and rock formations became private retreats, known like the back of my hand.

When I enter the forest, usually with a companion dog, serenity takes over. Dappled sunlight glimmers and moves with breezes. Silence prevails, except for soft rustling. Wildflowers and ferns sprinkle the forest floor. Far above, the treetop canopy is like a green awning. Squirrels scurry. Deer often appear, as graceful as ballerinas. Turkeys are rarer. Once I saw a bobcat. I’ve visited beaver ponds and hidden waterfalls.

Beloved poet Robert Frost said “the woods are lovely, dark and deep,” and he was correct.

Washington Irving wrote: “There is a serene and settled majesty to woodland scenery that enters into the soul and delights and elevates it, and fills it with noble inclinations.”

Trees seem timeless, because their life-and-death cycle is extremely slow. Rugged cliffs protrude amid the foliage. Some have ancient seashells embedded in rock layers, showing that these hilltops once were ocean floors, long before humans began. They impart a sense of eternity even greater than the lives of trees. I feel awe when I realize that thousands of generations of people have come and gone while those outcrops stood silent.

For years, I hiked with a local trail club. When I grew too old to keep up with the tough veterans, I returned to solitary exploring, mostly with my three-legged boxer. I cleared a path from a suburban hilltop through stately woods along an old logging road. It’s beautiful. Once I took my sister there, and a deer followed us curiously. Now, as I near 90, I mostly sit in quiet contemplation.

Hiking through other people’s woodland is legal in my state. The trespass law says that unless property is fenced, cultivated or posted with regular signs, anyone may wander at will through open woods. It’s completely free and unsupervised. Good hikers are responsible guests, never littering, and even picking up any rubbish.

My state is ideal for forest-lovers. It has America’s highest ratio of hardwood timber, covering twelve million of the its fifteen million acres. Maine and New Hampshire have slightly higher percentage of woodlands, but theirs is mostly evergreens. West Virginia has multitudes of state parks and forests, national forests and public lakes – most with hiking trails and campsites. As the coal industry contracts, abandoned spur railways are being converted into free public rail-trails. Even rest areas along interstate highways have small hiking trails. Most other Appalachian states are similar.

When my four children were young, we had our own tent-and-campfire site for overnight outings in hills behind our home at a private lake. One of our trails went directly through a split in bizarre stones we called the Enchanted Rocks. Over the years, I told children and grandchildren that fairies danced on the formation at night, but they didn’t believe me.

We held numerous weenie roasts at another huge rock formation reachable only by a long hike. I’ve left final instructions: When the time comes, I want my ashes sprinkled around that rock edifice, so I’ll have a mammoth tombstone. There’s no better place to end up than in the green sanctuary I love.

September 2, 2020 Dystopia Journal #45: Save the Post Office
Recent Comments
0 | Leave a Comment
Browse Our Archives
get the latest from
Daylight Atheism
Sign up for our newsletter
POPULAR AT PATHEOS Nonreligious
1