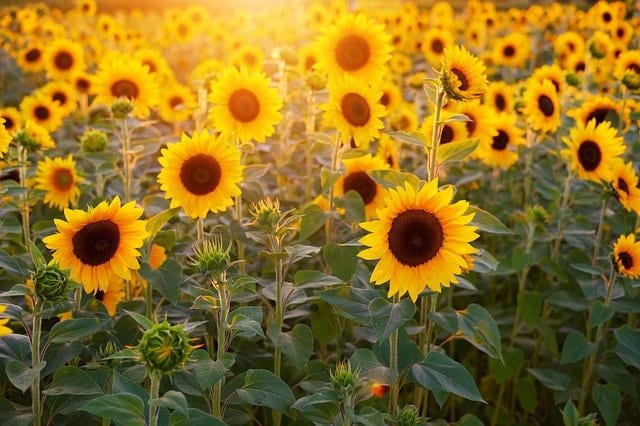 I lost a friend and a mentor last month. I want to tell you about her.

I met Rev. Dr. Hope Johnson in 2008, when I first visited a Unitarian Universalist church on Long Island. I was an atheist, raised without religion, and my then-girlfriend had been raised Catholic but had left the church. We were looking for a place to meet in the middle, so to speak.

It wasn’t the kind of place I would ever have sought out on my own. I’ve never felt a need to garb my life in ritual, and as a notorious atheist writer, it felt like going against my own principles to count myself a member of any religion, even a liberal, non-theistic, non-creedal religion like Unitarian Universalism. But the church made a favorable impression on me, it was a welcoming and friendly community, and most of all, I knew right away that the minister was someone I wanted to know better. 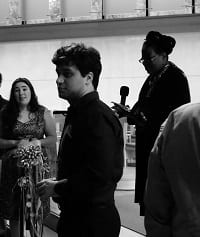 We ended up becoming members, and we got to know Hope well over the years. She performed my wedding in 2010, and there’s no one else I would have wanted to do it. It was her recommendation that got me started speaking for the SSA and other secular groups. 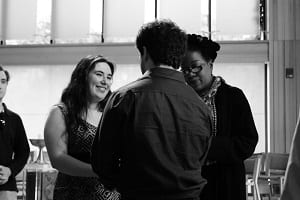 When I encountered anti-atheist bigotry at a high level in the UUA and gave serious thought to severing my affiliation and quitting, it was for Hope’s sake that I stayed. She persuaded me that there was a place for me in Unitarian Universalism and that the people who held these hostile attitudes didn’t speak on behalf of the entire denomination. She wasn’t an atheist herself, but she took pains to ensure that I never felt slighted or neglected. 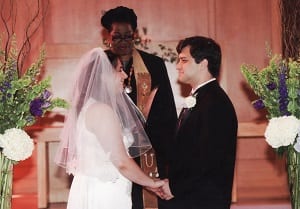 Hope was a gentle soul. She had a deep compassion and an aura of patient good cheer that never flagged or faltered. I never once saw her angry, never once saw her frustrated, although she was a human being and I know she did have those emotions. The daughter of a diplomat, she led a rich and varied life that took her from Jamaica to a United Nations school in New York to running a travel agency to becoming a Unitarian Universalist minister who sang on stage with Pete Seeger. She had a free, curious spirit: as a girl, she was kicked out of Sunday school for questioning the teacher too persistently about how it was possible for a woman to become pregnant without having sex. 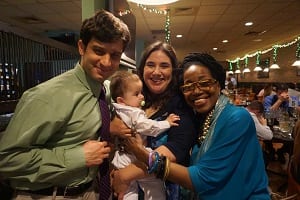 As a Black woman ministering to a mostly white congregation, which was itself a relative oasis of liberality in a wealthy white conservative neighborhood, she must have had frequent experiences of double consciousness. I know she had predictable encounters with prejudice – like neighbors who assumed she was the cleaning lady or thought she was breaking into the building when they saw her on the grounds – but also from ignorant and clueless members of her own congregation. I know it was a sore spot that her church resisted putting up a Black Lives Matter sign for a long time, out of fear that it would draw a backlash from the community. (We have one now – better late than never.)

But whatever she thought, she bore that burden with ease and grace. She was one of the founders of the Living Legacy Project, a pilgrimage to important sites in the civil rights movement. It was also because of her that I learned about Juneteenth; she made it an annual celebration in our church before the Black Lives Matter protests brought it to national prominence. (You can listen to her talk about both topics on Feminist Coffee Hour from 2016.) Through her sermons, she brought a message of racial justice to a community where that perspective was badly needed.

I like to think that knowing her made me a better person. When my previous blog host, Big Think, hired a grossly racist and sexist pseudoscientist as a columnist, it was the thought of facing Hope and trying to explain why I shared a platform with such a bigot that pushed me to quit. When my former co-author Sarah Braasch instigated an ugly incident of racial bias at Yale, talking it over with Hope helped me decide what I wanted to say about it.

Hope left the congregation in 2018 to move on to bigger and better things in the UUA, but we didn’t fall out of touch. The last time I spoke to her was a sunny Saturday in the New York Botanical Garden, the day the election was called. If she was ill at the time, I had no inkling of it. She never wanted anyone to make a fuss over her – she didn’t tell anyone in the congregation that she was working on her doctorate until it was almost complete – and if she knew in advance, not mentioning it would have been very like her.

I know that she lived in Brooklyn on 9/11, and her residence was in the path of the ash cloud from the fall of the Twin Towers. For as long as I knew her, there was a very slight rasp to her voice that was the easiest way I could tell her apart from her twin sister.

Just before Thanksgiving, I found out from Facebook that she was in the ICU. Her family has chosen to keep the details private, but they’ve said that it wasn’t COVID-19. They had high hopes for her recovery, but she passed away a few days later.

If it’s true that human life is an interdependent web of mutuality, then every relationship we have is like a silken thread. Each of us is a nexus in that web, a focal point joined to thousands of others by cords of fond memory, friendship and obligation. Even when you’re not in daily contact with a person, just the knowledge of their presence out there in the world is reassuring, like a safety line you can feel. The untimely death of a good person is a rip in that web, a jolting absence, like a tightrope walker who suddenly feels slack where no slack should be.

The world doesn’t have so many good people in it that it can afford to lose one. My life, and the life of everyone who knew and loved Hope, is impoverished by her passing. The most we can do, those of us who remain, is to remember and carry on teaching the principles she stood for. She’ll be greatly missed, but even though her life has ended, her memory will endure like a flaming chalice to light the night.