“There was another factor to consider. My job developing weapons for the U.S. government meant I had to carry a very high-level security clearance. I had – still have – access to more of their secrets than any other civilian. They’re perpetually paranoid that I might reveal those secrets for the right price, or that I might betray them in some other way. And we know they’re right to worry, though the real motivation wouldn’t have entered into their wildest fantasies.

“To forestall that possibility, they kept close tabs on me. On my movements and my communications. I was often under surveillance, and I had to carefully choose who I approached so my behavior wasn’t deemed suspicious. As an old boyfriend, I had a reason to talk to you. If my pursuit of you seemed… excessive, my handlers would have assumed the same thing you did – that I wanted to rekindle our relationship. Such self-serving motives are familiar to them. But I couldn’t tell you the truth about the Pacific Republic in a public place, in case they were listening in.”

Rae sat and digested this. She couldn’t find any fault with it, and that alone made her frustrated and angry. But then she spotted the flaw.

“But you weren’t always a big-deal weapons merchant. Why didn’t you tell me about the Pacific Republic the day they approached you? Before you started your company, before we broke up… before this bad blood that got between us. Why didn’t you let me in on the big secret from the beginning?” 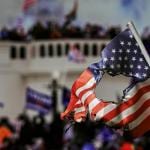 January 18, 2021 Does God Exist?
Recent Comments
0 | Leave a Comment
Browse Our Archives
get the latest from
Daylight Atheism
Sign up for our newsletter
POPULAR AT PATHEOS Nonreligious
1