A House Divided: President Biden and the Bishops 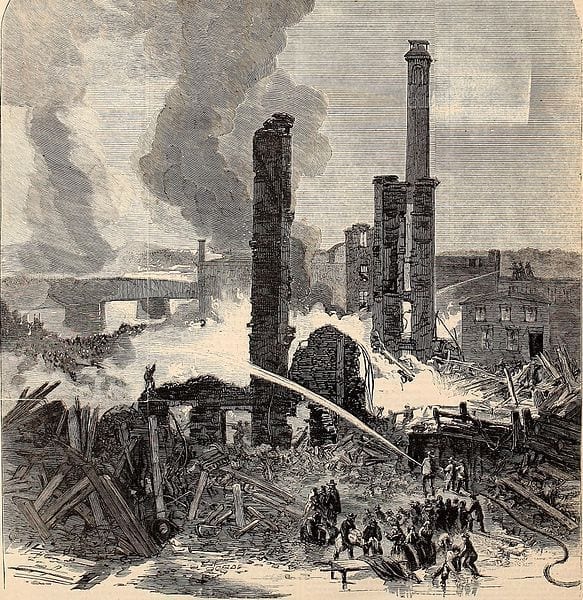 This should have been a PR victory for the Roman Catholic church.

Joe Biden is only the second Catholic president in America’s history. And he’s a devout one: he attended church regularly during the campaign, and has already been to Mass at Holy Trinity Catholic Church in Washington, D.C.

Biden won the 2020 election with the most votes ever received by any presidential candidate, defeating his opponent by a margin of more than 7 million. That victory was due in part to a surge of young voters, who supported him at high rates.

It should have been a no-brainer for the Catholic church’s apologists and spokesmen to capitalize on this. They could have bragged about the president’s affiliation to advertise themselves, presenting themselves to the world as a modern and thriving faith well-suited to a multicultural democracy. They could have made an appeal to Biden’s young supporters to check out the church for themselves, in a bid to revitalize their membership and boost their sagging youth numbers.

But, as you can probably guess, that’s not what they did:

On Inauguration Day, Archbishop Jose Gomez, president of the U.S. Conference of Catholic Bishops, issued a damning statement about the new president, which angered the more liberal factions of the U.S. church and reportedly ruffled feathers in Rome. “Our new president has pledged to pursue certain policies that would advance moral evils and threaten human life and dignity,” he wrote. “Most seriously in the areas of abortion, contraception, marriage, and gender. Of deep concern is the liberty of the church and the freedom of believers to live according to their consciences.”

Surprisingly, a different archbishop tweeted a condemnation of this statement, calling it “ill-considered” and “a surprise to many bishops”, who apparently weren’t consulted about it in advance. And on the very same day, Pope Francis congratulated President Biden with a message that was far less equivocal.

These dueling statements show the deep divisions within the Catholic church. It brings to mind a certain Bible verse:

This is the culmination of a trend that’s been going on for a while. Just like evangelical Protestants, the Catholic church hierarchy, and arguably the church as a whole, has been narrowing and hardening its views.

When conservatives gain power within the church, they loudly insist that only conservative political views are acceptable. This revolts moderate and liberal members and drives some of them to leave, which makes the remaining conservatives that much more powerful, which leads to them doubling down on their insistence… and before long, this results in a church that’s nothing but a vehicle for a specific political platform. Even a somewhat-more-liberal pope hasn’t been able to shift these reservoirs of illiberality and dogmatism.

Here’s what James Martin, a Jesuit priest, has to say about the trend toward extremism in the clergy:

At the end of last August, the Rev. James Altman, the pastor of St. James the Less Parish in La Crosse, Wis., uploaded a video to YouTube that has been viewed over 1.2 million times. The video’s title voiced what an increasing number of Catholic bishops and priests were saying in the run-up to the presidential election: “You Cannot be a Catholic and a Democrat.”

“Their party platform absolutely is against everything the Catholic Church teaches,” said Father Altman, as music from Beethoven’s Symphony No. 7 swelled in the background. “So just quit pretending that you’re Catholic and vote Democrat. Repent of your support of that party and its platform or face the fires of hell.”

…A few weeks later, the Rev. Ed Meeks, the pastor of Christ the King Church in Towson, Md., preached a homily, also uploaded to YouTube, under the title “Staring into the Abyss,” in which he declared the Democratic Party the “party of death.”

Father Meeks’s video, which has received over two million views, was warmly commended by Bishop Joseph Strickland, of Tyler, Tex., who tweeted it out to his 40,000 followers with the message “Every Catholic should listen to this wise and faithful priest.”

I’ve come to believe that the Catholic church’s single-issue emphasis on abortion isn’t even about abortion, not as such. It exists because it makes it easy to draw a dividing line that shows who’s in the club and who’s out.

If there were multiple issues that carried equal moral weight in the priesthood’s eyes, this wouldn’t be possible. They’d have to counsel their members to use their own judgment and come up with nuanced decisions about which candidates were permissible to support. That would demand more intellectual flexibility and independence than the church seems to be comfortable encouraging among its followers.

Instead, by making abortion the one issue that towers above all other issues, it allows for simplistic, fundamentalist-style snap judgments. It divides the world into an Us who represent absolute good, and a Them who represent pure evil. (And it doesn’t hurt that the unborn are a convenient group of people to advocate for, since they make no demands and don’t have a will of their own that might conflict with their religious “rescuers”.)

The danger of this approach, above and beyond the harm to people who need abortion, is that it gets Catholics into the habit of black-or-white thinking. When religious believers consume a steady diet of their own increasingly radical rhetoric, they start believing they’re the only good ones and that everyone outside their sect is demonic and deserving of no consideration. To those who hold this mindset, all outsiders are the enemy, and no opposition is too ferocious.

These seemingly theoretical reasons were displaced with the eruption of mob violence in Washington, egged on by the supposedly pro-life candidate, which led to the vandalizing of a hallowed national symbol, the interruption of the election process, physical danger posed to legislators and law officers, and worse, the death of five people. Can anyone doubt that the moral calculus proposed by some Christian leaders, including Catholic priests and bishops, framed in the language of pure good versus pure evil, contributed to the presence of so many rioters brandishing overtly Christian symbols as they carried out their violence?

(See also: the presence of ultra-conservative Catholics like Carlo Maria Viganò at the Jericho March.)

Of course, the conservatives haven’t had everything their own way. Their howling is itself a good sign. It seems that Joe Biden – like many lay Catholics – doesn’t consider the bishops’ decrees to supersede his conscience, and he isn’t willing to set his own convictions aside. That’s a good thing, concordant with America’s founding principle of secularism.

However, many priests and bishops refuse to accept that lay believers can be anything other than obedient drones. They don’t want the Catholic church to be, well, catholic (dictionary definition: “comprehensive, universal”). They want it to be a hard-right, ideologically purified faith, even if it’s smaller. They’d be happy to see liberals and moderates be purged or quit – they’ve said so themselves.

It seems likely that they’ll have their way, Pope Francis or no Pope Francis. But in the long run, it’s going to cost them dearly. As the Catholic church loses the young, just like many other religions are losing the young, the ultra-conservatives who remain are doubling down on unpopular dogmas, which makes the church seem even more archaic and more unappealing to the next generation. They’re burning down their own divided house, and the hierarchs are doing their best to accelerate the flames.