Commonwealth, II.XXVIII: “I Choose the World”

When Rae returned to her apartment, she was more wracked by doubt than she had been that morning. She had hoped her tour of the Arcology Project would be a pleasant distraction, but it had only plunged her deeper into uncertainty.

She paced, trying to think, but her thoughts only went in endless circles. She tried to read a book, but she was too jittery to concentrate. Finally, she pulled up her computer’s desktop that showed the god’s-eye perspective of the Pacific Republic. She studied it for a long time.

The sun was dipping into the west when Rae made her decision. She sent two messages, then took an elevator to the rooftop deck of her tower to wait.

A short while later, the doors of the elevator enclosure opened. Jane Locke and Will Anton stepped out.

The rooftop was bathed in sunset. The sky was pink and orange, and small clouds floated beneath the arch of heaven like painted decorations on a stage set. The curve of the Columbia River blazed in the setting sun, an alloy of fire. The neighboring towers shimmered in streaks of green and blue like the last thoughts of a mind falling into slumber. Beyond them, curtains of dusk were gathering over the peaks of the Cascades.

Rae was standing at the edge of the observation deck, hands clasped behind her back, looking east. Her gaze was distant, as if it sought to encompass not only what she could see but the entire breadth of the continent beyond.

“You sent for us. We’re here. Have you made your decision?” Jane asked.

“Wait,” she said, without turning around. 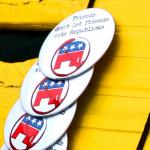