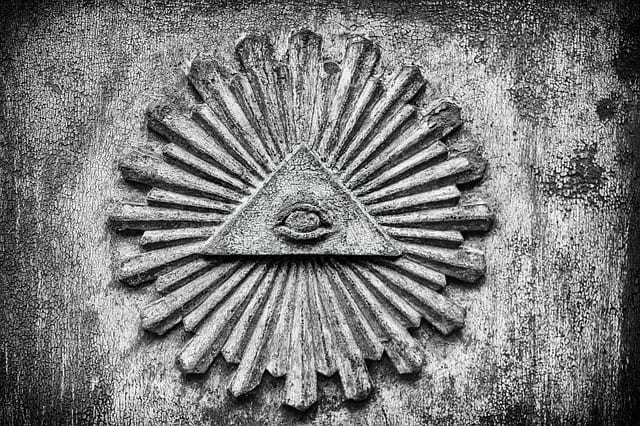 The 2020 election is over, and Joe Biden is the president. Right-wing conspiracy cults like QAnon, which predicted that Trump would stage a military coup to retain power, have failed the acid test of reality. The prophecies of their guru “Q” didn’t come to pass, and Q himself has fallen silent since the inauguration.

But QAnon hasn’t gone away.

To be sure, some ex-believers are angry, dismayed and disillusioned. But the movement as a whole hasn’t collapsed. In fact, many of its forums have grown since the election.

To atheists, this shouldn’t come as a surprise. QAnon has strong similarities to past cults that predicted doomsday. And when their prophecies failed, most of those groups didn’t collapse either. Instead, believers who sink too much of their selves into the cult to admit its failure cling to it more tightly, coming up with ever-more-elaborate rationalizations for why the apocalypse was derred.

A case in point is the QAnon followers who’ve blended sovereign-citizen conspiracy theories into their belief structure. Based on this, some of them have deferred the date to March 4, based on a bizarre fantasy that the U.S. has secretly been a corporation since 1871 and that Donald Trump will return to restore the true American republic. (March 4 was the inauguration date until 1933, when it was changed by the 20th Amendment.)

But, however the true believers rationalize it, QAnon isn’t just a few isolated kooks. It’s sunk its tendrils deeply into the Republican party and the conservative policy infrastructure.

Witness the Oregon state Republican party claiming that the Capitol riot was a “false flag” like the Reichstag fire, or the teachers spreading lies and misinformation to their students. Witness QAnon congresswoman Marjorie Taylor Green, whose no-kidding belief in Jewish space lasers is just the tip of an iceberg that includes 9/11 trutherism, school-shooting denial, and Hillary Clinton drinking the blood of children. And when Democrats moved to strip her of her committee assignments, the House GOP conference gave her a standing ovation.

And as easy as it is to mock their feverish swamp of delusions, we shouldn’t lose sight of what they really want. QAnon believers look to their day of deliverance, “The Storm”, when a military coup will seize power in America, end democracy and purge its enemies in mass executions. In their eyes, this will be a glorious day.

As their theology evolves, QAnoners have come to be in favor of military coups, period. Many of them cheered the recent military takeover in Myanmar, to the point where a Newsmax anchor had to walk back his condemnation of it because he got so much angry mail.

It’s reassuring to see that Democrats recognize how deeply dangerous this ideology is. Judging by comments like this by DCCC chair Sean Patrick Maloney, they plan to make it a campaign issue:

“If Kevin McCarthy wants to take his party to ‘crazy town’ and follow these dangerous ideas, he shouldn’t expect to do well in the next election,” Maloney told POLITICO in an interview previewing the party’s strategy, referring to the House minority leader. “And it’s important to the country that the Democratic Party continues to be the responsible adult.”

… “They can do QAnon, or they can do college-educated voters. They cannot do both.”

(Aside: Isn’t it refreshing to see a political party centering its strategy on an appeal to educated people?)

I don’t think Maloney is wrong about this. It’s fair to say that the college-educated voters who are a big part of the Democratic coalition are disgusted and angered by the GOP’s descent into the intellectual abyss. If the Republicans insist on being the “stupid party“, it will accelerate the losses in the suburbs that cost them the 2020 presidential election.

Unfortunately, what’s not true is that education alone will reduce the level of belief in conspiracy theories.

It was reasonable to guess that it would: after all, education does reduce levels of religious belief. But, if we take the Capitol insurrectionists as a sample set, they don’t fit the stereotype of uneducated white trash:

…the demographic profile of the suspected Capitol rioters is different from that of past right-wing extremists. The average age of the arrestees we studied is 40. Two-thirds are 35 or older, and 40 percent are business owners or hold white-collar jobs. Unlike the stereotypical extremist, many of the alleged participants in the Capitol riot have a lot to lose. They work as CEOs, shop owners, doctors, lawyers, IT specialists, and accountants. Strikingly, court documents indicate that only 9 percent are unemployed. (source)

As Osita Nwanevu writes in the New Republic:

…the challenge we’re facing isn’t that millions of hapless and benighted yokels have been bamboozled by disinformation. It’s that millions of otherwise ordinary people from many walks of life — including many who went to and even excelled in college — have a material or ideological interest in keeping the Democratic Party and its voters from power by any means possible. And those means include the utilization of narratives, including conspiracy theories, that delegitimize Democrats and offer hope of their eventual comeuppance.

According to the article, a 2016 political science paper which studied conspiracy theories from birtherism to the coronavirus pandemic found that “higher levels of political knowledge actually deepened the likelihood that conservatives with low trust in people and major institutions would endorse right-wing conspiracy theories.”

In other words, we’re not facing a crisis of disinformation that’s sucking in otherwise rational people. It would be nice if it were that simple, but it’s not. QAnon appeals to its adherents at a deeper level, below the factual and the rational. They believe it because they want to believe it.

Much like other religions, it offers believers a sense of meaning and purpose in a frustratingly random universe. It offers the comforting fantasy that an omnipotent power is moving behind the scenes to ensure everything turns out well for you. Most of all, it offers an easy bright-line scheme to divide the world into Absolute Good and Absolute Evil, and the righteous rush of reassurance that believers are on the side of Good. After all, by posting on the internet, you’re fighting the secret conspiracy of Satan-worshipping baby-eaters!

Because the core appeal of QAnon is that it satisfies these emotional needs, the specific details of the alleged conspiracy scarcely matter. Like Donald Trump’s election-fraud fantasies, they’re just a costume for believers to dress up the core idea that people who look and think like them deserve to be in charge. And that’s not a problem that can be solved with a fact check.

I’m not saying it’s hopeless. People can be persuaded out of conspiracy theories. It’s just that, like deconverting someone from a religion, it takes more than the mere recitation of facts. What’s needed is a replacement narrative, a story that gives them a sense of purpose and gives their life meaning in an equally satisfying way.

As I’ve said, conservatives are the grimdark faction of politics. QAnon and beliefs like it thrive on hate and fear and the assumption that the world is full of malevolent enemies. We can win by convincing its adherents that there’s reason for hope, that it’s worth relearning how to trust; that the future is bright and expansive and open, and there’s room for everyone in it.