How Democrats and Republicans Switched Beliefs

How Democrats and Republicans Switched Beliefs February 15, 2021 James A. Haught 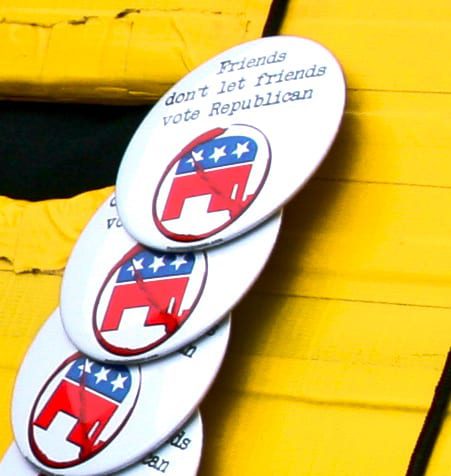 When the Republican Party was formed in 1856, it was fiercely liberal, opposing the expansion of slavery, calling for more spending on public education, seeking more open immigration, and the like. Compassionate Abraham Lincoln suited the new party’s progressive agenda.

In that era, Democrats were conservatives, partly dominated by the slaveholding South. Those old-style Democrats generally opposed any government action to create jobs or help underdogs.

Through the latter half of the 19th century, the pattern of Republicans as liberals, Democrats as conservatives, generally held true. In 1888, the GOP elected President Benjamin Harrison (1833-1901) on a liberal platform seeking more social services.

Then in 1896, a reversal began when Democrats nominated populist firebrand William Jennings Bryan (1860-1925), “the Great Commoner.”

Meanwhile, the GOP began shifting to conservative. Theodore Roosevelt (1858-1919) — a vice president who took the top office after William McKinley was assassinated in 1901 — was a Republican liberal who supported a “Square Deal” for working families. He broke up monopolistic trusts of rich corporations. He championed pure food and drugs. He created national parks and forests for the enjoyment of everyone. He won the 1906 Nobel Peace Prize for helping end war between Russia and Japan.

After leaving office, Roosevelt felt that his successor, William Howard Taft (1857-1930), was leading America too far to the right. So T.R. challenged Taft for the GOP nomination in 1912, and lost. In rebellion, Roosevelt gathered his liberal delegates and formed the Progressive Party, with a bold platform bordering on socialism.

The new-formed party called for universal medical care under a National Health Service. It sought government pensions for retirees, plus compensation for the jobless and disabled. It demanded an eight-hour workday and a minimum wage for women. It sought a constitutional amendment to allow a federal income tax. It supported voting by women, more freedom for workers to organize and strike, inheritance tax on rich estates, worker’s compensation for on-the-job injuries, and many other left-wing goals.

The Progressive platform attacked big-money influence in politics, vowing “to destroy this invisible government, to dissolve the unholy alliance between corrupt business and corrupt politics.”

Roosevelt was a fiery orator and writer, saying: “I believe that there should be a very much heavier progressive tax on very large incomes, a tax which should increase in a very marked fashion for the gigantic incomes.”

While Roosevelt was campaigning in Milwaukee in 1912, a crazed assassin, John Schrank — who claimed that the ghost of William McKinley asked him to avenge McKinley’s death by killing Roosevelt — shot the Progressive candidate in the chest. The bullet was partly deflected by Roosevelt’s 50-page speech and his steel eyeglasses case, but wounded him nonetheless. Bleeding, he continued to orate unfazed.

Later, when reporters asked if the wounding would deter his campaign, Roosevelt replied that he was “fit as a bull moose.” Thereafter, his party was dubbed the Bull Moose Party.

Progressives won about one-fourth of the 1912 popular vote, and Democrat Woodrow Wilson (1856-1924) attained the presidency. In 1916, Roosevelt declined the Progressive nomination, and the liberal party he created soon disintegrated.

In the 1960s, the “Great Society” of Democrat Lyndon Johnson (1908-1973) vastly expanded the public safety net and gave legal equality to African Americans — driving racist Dixie out of the Democratic Party, into the GOP. Then Republican President Ronald Reagan (1911-2004) mobilized the “religious right” of white evangelicals for his party. Later, extreme white conservatives calling themselves “Tea Party” militants emerged in the GOP.

All this outlines America’s political flipflop — how the liberal Republican Party turned conservative, and the conservative Democratic Party turned liberal. It was a fascinating transition. 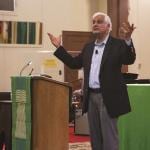