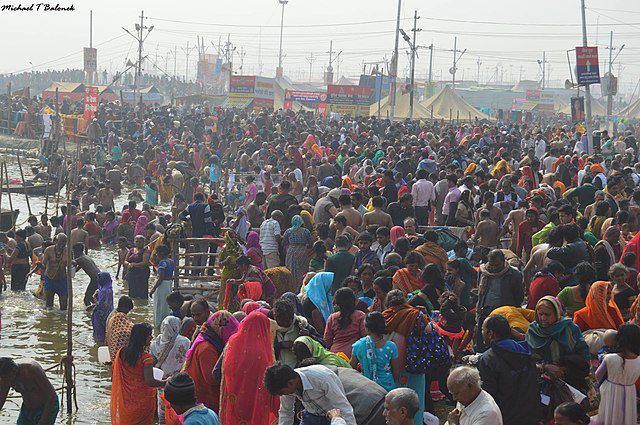 As they neared the steps to the passageway, some of those at the front tripped and slipped on the metal floor of the gangway, jostled by the weight of the crowds behind them, witnesses said. One witness said the passageway was slippery from spilled water and grape juice.

That created a sudden bottleneck, trapping hundreds of worshipers at the bottom of the gangway. Soon bodies were piled on top of each other, as more and more people left the arena above, trampling the people beneath them.

Tens of thousands of pilgrims, mostly ultra-Orthodox Jews, had assembled on Mount Meron for the holiday of Lag b’Omer. The festival is to commemorate a second-century rabbi, Shimon Bar Yochai, and to gather where he’s buried, dancing and lighting bonfires around the tomb. Local authorities had been warning for years that the site wasn’t equipped to safely handle the crowds it gets, but political pressure from Israel’s ultra-Orthodox bloc prevented them from scaling back the event or enforcing crowd-control regulations.

That obstinacy has now led to fatal consequences: a deadly stampede – one report described it as a “human avalanche” – as crowds of pilgrims slipped on a steep, narrow passageway and piled up on top of each other. At least 45 people were crushed to death, including children, and many more suffered broken bones or other injuries.

But there’s another slow-rolling catastrophe happening right now whose toll dwarfs the events in Israel. That crisis, of course, is the apocalyptic COVID-19 surge in India.

India’s infection rate has gone exponential, surpassing 400,000 new cases per day, and the country’s health-care system is overwhelmed and collapsing. Hospitals are swamped, without even oxygen to give the sick. People are dying in such numbers that crematoriums are running out of wood to burn the bodies.

As in Israel, there’s a religious angle to this tragedy. It seems that India’s terrible outbreak was ignited by a Hindu religious festival called Kumbh Mela that was celebrated most recently in April. During the festival, devotees make a pilgrimage to one of several sites along the Ganges River deemed sacred, believing that bathing in the water will cleanse them of sin.

Kumbh Mela is one of the largest religious gatherings in the world. In the past, it’s drawn tens of millions of people. This year, it was somewhat scaled down – but only in relative terms:

Seventy lakh [i.e., 7 million] devotees participated in Haridwar’s Kumbh Mela, the mammoth religious congregation which ended Friday after triggering a scare that it might have acted as a coronavirus “super-spreader”.

Seeing the potential for the festival to become a superspreader event, Indian science and health experts pleaded for it to be postponed. However, the akhadas – associations of Hindu holy men and ascetics – were unsympathetic:

‘Death’, said Mahant Narayan Giri of the Juna Akhada, on April 17, 2021, ‘is inevitable, but we must maintain our traditions’, while declaring why he and his fellow holy men are not calling for a curtailment of the Kumbh Mela gatherings, and why, for him, it is going to be business as usual at Haridwar.

…Good Hindus, emboldened by Karma and the theory of reincarnation, get more than one chance at the game of life. Death may be inevitable, but for the Holinesses, such as the eminence of the Juna Akhada, it is not irreversible. You may die today, but the Karmic debt incurred by you by voting for Narendra Modi, will certainly bring you back tomorrow.

Indian Prime Minister Narendra Modi and his party, the BJP, have often catered to Hindu extremists, and they pushed full-steam ahead with the festival. They took out ads telling pilgrims it was safe to attend. One of Modi’s deputies, Tirath Singh Rawat, went so far as to say that “the faith of devotees will overcome the fear of Covid-19”.

But, once again, religious faith proved no match for the virus that’s ravaging India. Incidentally, that “death is inevitable” Hindu official, Mahant Narayan Giri, is now sick with COVID.

I noted a year ago that large religious gatherings – among Christians, Jews, Muslims, Sikhs, and other faiths – have all been implicated as superspreader events. The conditions of these events – worshippers packed shoulder-to-shoulder, often singing, chanting or yelling in each other’s faces, few wearing masks – offer the perfect conditions for the virus to flourish and be transmitted. And as we’ve seen over and over, the biggest problem is that devotees treat these events as license to ignore all laws and safety regulations. They believe that faith alone will protect them.

Obviously, they’re wrong about that, and that poses a problem to theists from a theodicy perspective. After all, if the people who attended these festivals were obeying the will of God, why didn’t he protect them? Why would he punish people with death and disaster for worshipping him correctly?

Conservative believers of all stripes routinely cite natural disasters, disease and other tragedies as evidence of God’s displeasure and a warning to repent. If that’s true, it would seem counterproductive for him to smite people who were doing things the right way. For those believers, this must be a wrenching paradox.

On the other hand, the problem dissolves if you assume that there is no supernatural being handing out blessings or punishments, and that human fates are set not by devotion and prayer but by the laws of nature. We’ll always have ritual and celebration; that’s part of being human. But we should do it wisely, not recklessly, and without the dangerous belief that religious faith will protect those who disregard every other precaution.