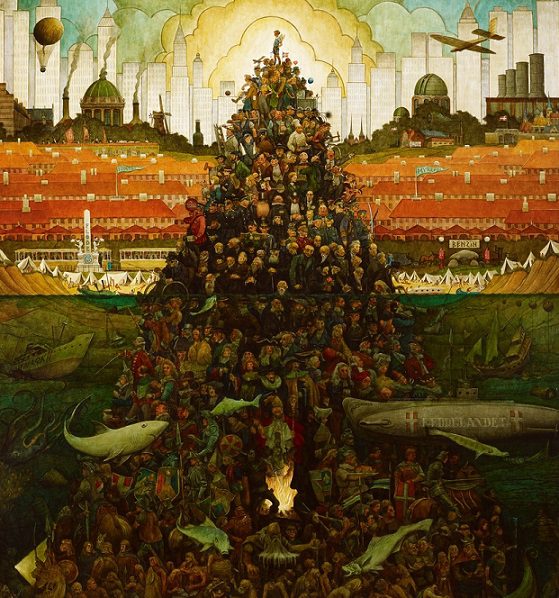 Summary: A powerful lens through which to understand racism in America, highlighting its similarities to other systems of discrimination.

Isabel Wilkerson is a Pulitzer Prize-winning journalist best known for her book The Warmth of Other Suns. In her new book Caste: The Origins of Our Discontents, she argues that racism in America is best understood as a caste system similar to that of India. Caste is “the infrastructure of our divisions” [p.17], she says, unseen but inescapable – like an old house whose architecture constrains the lives of the people who inhabit it long after its construction.

The function of a caste system is to control the distribution of power in society. It slots people into predestined and immutable roles based on their birth, defining what jobs they’re allowed to do, who they’re permitted to marry and socialize with, how they’re supposed to act in public, and which other castes they’re expected to be dominant or subordinate to. Wilkerson writes that, in the U.S., race is “the visible agent of the unseen force of caste” [p.19].

It sounds jarring and alien at first to hear America equated to India and its ancient, elaborate caste system, but Wilkerson leans into the similarity. Rather than describing people as white, she often uses the term “dominant caste”, and rather than African-American or Black, she writes “subordinate caste”. And American white supremacists were well aware of the parallels: Madison Grant, a 19th-century eugenicist, wrote that “the conquering upper classes in India” had built a caste system “to preserve the purity of their blood… In our Southern states, Jim Crow cars and social discriminations have exactly the same purpose” [p.25].

And on the other end of the spectrum, Dr. Martin Luther King Jr. visited India in 1959, on a pilgrimage to the land of Gandhi. When he gave a speech at a school for children from Untouchable families, the principal introduced him as “a fellow Untouchable” – a comparison that shocked King, but as he reflected on it, he agreed that it made sense. (If you haven’t heard of Bhimrao Ambedkar, a renowned Indian anti-caste activist who was arguably that country’s equivalent of King, this book is a good introduction to him.)

There’s one other caste system that Wilkerson surveys: the anti-Semitic regime of Nazi Germany, which was codified through measures like the Nuremberg Laws that prohibited relationships between Jews and non-Jews. What you may not know is that the Nazis took lessons in how to do this from America. This isn’t hyperbole: in June 1934, a committee of Nazi bureaucrats met to pore over America’s Jim Crow laws, which they thoroughly approved of and wanted to use as a template.

According to Wilkerson, all caste systems have several core principles in common. The first and most important is the will of God: “A caste system endures because it is often justified as divine will, originating from sacred text or the presumed laws of nature” [p.17]. As always, the decree of an inscrutable deity is a convenient justification for a system that could never be defended in rational terms.

In India, Hindu texts tell how Brahma the creator ordained the four varnas, or divisions of humankind, in descending order of value: the Brahmin (priests), the Kshatriya (warriors), the Vaishya (traders), and the Shudra (servants). The fifth caste – the Dalits, or Untouchables – were considered so lowly as to lie outside this system entirely. It was viewed as their punishment for sins committed in a previous life.

The Old Testament, meanwhile, tells of the curse of Ham, whose son Canaan was sentenced to a lifetime of servitude. Western racists used this story for centuries, combined with the biblical endorsement of slavery, to sanction the atrocities they committed upon indigenous people and people of color. And the Nazis, for their part, appealed to the anti-Semitic verses of the New Testament which cursed the Jews for supposedly rejecting God’s covenant through Jesus.

Once a group of human beings have been defined as subordinate, they can be coerced into doing the menial but necessary work that the rest of society depends upon. To keep them in their place, they can be dehumanized, terrorized and tortured in any way the dominant castes see fit.

And to preserve the boundaries of caste, every caste society enforces strict separation between groups: both by prohibiting marriage and relationships, as with the Nazi Nuremberg Laws or American anti-miscegenation laws, but also by mandating physical distance in public. Wilkerson writes about Hindu beliefs that even to step on the shadow of a Dalit could defile those of higher castes, as well as Jim Crow America’s strict regime of racial separation in every aspect of life.

In every caste system, the greatest hate is provoked not by the subordinate caste’s failure, but by its success: by people who refuse to stay in their assigned places, but break through the boundaries of caste and excel in life. People who are lower class, but upper caste, feel a profound sense of threat when they see that someone they perceive as beneath them is outdoing them. It threatens to upend all their assumptions about how the world works, and this can lead to a violent backlash.

Wilkerson argues that Donald Trump’s election was just such a backlash. It was spurred by conservative white rage at the successful presidency of Barack Obama, as well as racist anxiety and fear over a census report which predicted that by 2042, whites will be a minority for the first time in American history. The right’s cultlike loyalty to Trump and his promise to bring back a mythical vanished era of greatness, as well as the outbursts of hate crimes during his presidency, are like an earthquake: the sudden eruption of long-simmering tensions.

Caste is a tenacious system, and no law can purge its hold on people’s minds. But in the closing chapters, Wilkerson finds hope in the example of Germany, which has come to a reckoning with its past. The German government has purged many remnants of the Nazi regime (such as by demolishing Hitler’s bunker and turning it into a parking lot), while decorating public space with monuments that preserve the memory of those who fell victim to its terror. The U.S. has long held out against its own truth and reconciliation, motivated by those who have reasons to want those memories to stay buried.

Whether defined by race, by national origin, by language or whatever else, caste is always and ultimately arbitrary. It divides humanity, causing us to waste our time, our energy and our lives on meaningless distinctions. It props some people up to maintain an unearned distribution of power and wealth, while holding others down who might otherwise have achieved things that would have benefited everyone.

Most of us have been all too amenable to it, but in every era, there are a rare few who reject the rules of caste, who recognize the common dignity of humanity and reach across the divide. If more people came to that same realization, Wilkerson writes in her closing words, “we would all be invested in the well-being of others in our species if only for our own survival, and recognize that we are in need of one another more than we have been led to believe… We would see that, when others suffer, the collective human body is set back from the progression of our species.

A world without caste would set everyone free.” 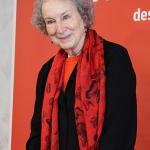