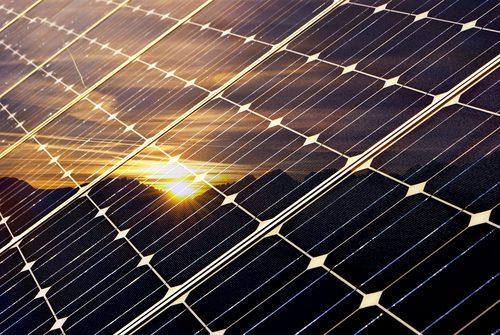 Last month, Colonial Pipeline – a company whose pipelines carry millions of barrels of gasoline, diesel and heating oil for a swath of states from Texas to New York – was crippled for several days by a ransomware attack. Before the company was able to get back online, there were widespread fuel shortages that led to soaring gas prices, diverted airline flights, panic-buying and hoarding – which of course exacerbated the shortages, making fear a self-fulfilling prophecy.

However, there was one group of people who were unfazed: electric car owners.

Bryce Hale drives a 2013 Tesla. “It is very nice to go to the Tesla superchargers for free and also come home and charge knowing that you have multiple places to get your fuel with these cars so you don’t have to depend on a gas station,” Hale said.

For the moment, electric cars are a tiny minority of vehicles in the U.S. But they’re forecast to make up a larger share of the market in coming years, and if there are more hacks like this one, that change may accelerate.

The pipeline hack has only emphasized that the Achilles’ heel of civilization is our dependence on fossil fuels. We rely on a constant flow of oil and gas to power our cars and homes, just like the arteries that supply a body with blood. And just as a tiny clot in the wrong place can cause a lethal stroke, a supply disruption can have devastating effects.

Wells and pipelines can be shut down, either by natural disaster (as Texas found out last winter), or by sabotage, as Colonial Pipeline discovered. Either way, the consequences of any more than a brief interruption are dire: pumps run dry, flights are canceled, travelers are stranded, cities go dark, and people freeze to death or die of heat stroke.

In light of this vulnerability, our civilization can seem tenuous, never more than a few days away from anarchy. The anxiety born of this fragility has seeped into our collective unconsciousness. Millions of people – including wealthy one-percenters – stay up at night worrying about disasters where civilization collapses and humanity is thrown back into the dark ages.

Emily St. John Mandel’s novel Station Eleven, about a global flu pandemic (yeah) which wipes out 99% of humanity and causes the survivors to revert to subsistence farming, is a case in point. In Mandel’s novel, which is set twenty years after the collapse, electricity is a hazy memory for the older survivors and a myth from a vanished golden age for the younger.

In one chapter, she describes the full extent of what’s lost:

No more diving into pools of chlorinated water lit green from below. No more ball games played out under floodlights. No more porch lights with moths fluttering on summer nights. No more trains running under the surface of cities on the dazzling power of the electric third rail. No more cities. No more films, except rarely, except with a generator drowning out half the dialogue, and only then for the first little while until the fuel for the generators ran out, because automobile gas goes stale after two or three years. Aviation gas lasts longer, but it was difficult to come by.

No more screens shining in the half-light as people raise their phones above the crowd to take pictures of concert states. No more concert stages lit by candy-colored halogens, no more electronica, punk, electric guitars.

…No more flight. No more towns glimpsed from the sky through airplane windows, points of glimmering light; no more looking down from thirty thousand feet and imagining the lives lit up by those lights at that moment. No more airplanes, no more requests to put your tray table in its upright and locked position – but no, this wasn’t true, there were still airplanes here and there. They stood dormant on runways and in hangars. They collected snow on their wings. In the cold months, they were ideal for food storage. In summer the ones near orchards were filled with trays of fruit that dehydrated in the heat. Teenagers snuck into them to have sex. Rust blossomed and streaked.”

Even so, I kept wondering where the solar panels were. Even in the aftermath of a disaster as total as Station Eleven envisions, there should be some people left who know how to hook them up. The advantages of electric light, or electric heat for boiling water and cooking, or radio for long-distance communication, are so obvious that everyone in the post-apocalyptic world should at least be trying to recreate them. Every village should have its own homebrew hacker-tinkerers working on the problem. But (spoiler!) until the very end of the novel, there’s scarcely a hint that anyone is trying.

Our collective imagination hasn’t adapted to the era that’s now arriving. As it repowers itself with green energy, our civilization will become more resilient. Unlike fossil fuels, renewable energy need have no single point of failure, no critical piece of infrastructure. There are no pipelines that can leak, no tankers that can run aground, no power plants whose fuel supplies can be cut off.

In the coming age, every town can have a wind farm; every home, factory and office building can have a photovoltaic roof and a geothermal heat pump. Every community can be self-sufficient, lighting its homes and charging its vehicles with an autonomous microgrid that keeps running even if all outside sources are cut off. In a world that runs on decentralized renewables, no disaster, no matter how great, could fling us all the way back to the dark ages. Every billionaire who’s buying a New Zealand survival compound ought instead to be underwriting towns and cities that want to install more green energy.

Resilience doesn’t just matter because it affects the kinds of books we write or the kinds of apocalypses we contemplate. It’s going to be of critical importance in the coming decades, as global warming causes more violent and chaotic climate swings.

From Texas cold snaps to California wildfires to Gulf Coast hurricanes to Florida floods, extreme weather is taking a steadily greater toll on civilization. We’ll have to devote more of our resources to rebuilding, fortifying and retreating. If we burn increasingly scarce and expensive fossil fuels to do it, we’ll be worsening the problem – like fixing a leaky boat by cutting out new holes to use as the patch.

But if we have an energy source that works with us rather than against us, we can make this transition less painful. We can promote climate justice by getting rid of the dirty, polluting energy sources whose hazards have always fallen most heavily on minority communities. We can reduce inequality by lessening the energy burden of low-income families.

And, more aspirationally, it’s possible that widespread renewable energy will lead to a more democratic spirit taking hold in America. After all, fossil fuels are centralized – they mainly profit a few wealthy individuals and corporations, who could yank them away on a whim (as Atlas Shrugged illustrated) – and it’s a small step to conclude from this that we need to appease these powerful capitalists, lest they plunge us into the dark to punish us.

Solar and wind, meanwhile, are inherently equal, inherently decentralized, freely accessible to everyone. This is a mindset we could stand for more people to adopt, and if we reorient our economy along those lines, it would do much to ameliorate the injustices of out-of-control capitalism. 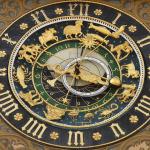