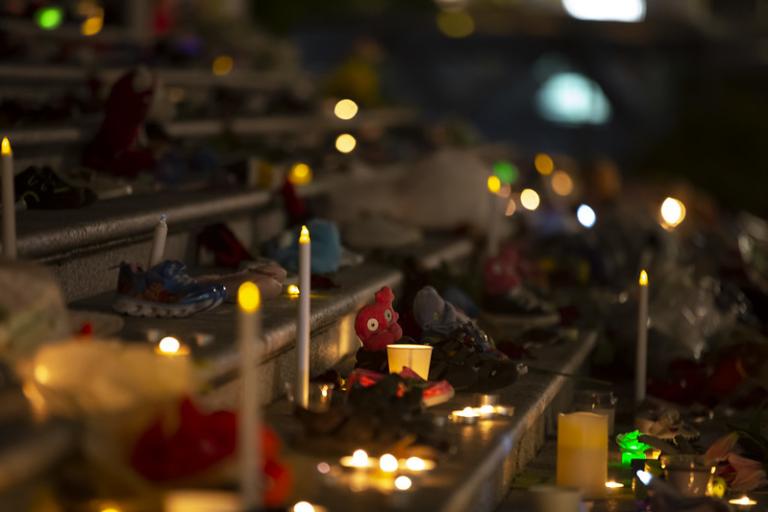 I’ve written about the Magdalene laundries of Ireland, where unwed mothers and their children were imprisoned and used for slave labor. The laundries were hellholes of brutality and neglect, and hundreds of inmates died from malnutrition and disease. At the most infamous of these institutions, the Bon Secours Mother and Baby Home in the town of Tuam, almost 800 dead children were buried on the grounds – including some whose tiny bodies were dumped in an old septic tank.

It’s one of the darkest episodes in Christian history. But it wasn’t confined to Ireland. We’re still uncovering other places where Christianity perpetrated awful abuse on the most vulnerable. One of these places where a long-hidden truth has come to light is Canada’s Kamloops Indian Residential School.

Kamloops was the largest of Canada’s Indian residential schools, which existed for over a hundred-year period spanning the nineteenth and twentieth centuries. Most were operated by Christian churches of various denominations: more than half were run by the Roman Catholic church, and the balance were run by the Anglican church or other Protestant denominations. The Kamloops school specifically was run by a Catholic order called the Missionary Oblates of Mary Immaculate.

On paper, the goal was to educate the children of Canada’s Indigenous people. But the reality was much more sinister: they were established with the deliberate intent to stamp out native culture. Their goal was “to kill the Indian in the child”, as a famous quote puts it. And attendance at these schools wasn’t optional: it was compelled by law for Indigenous children.

The over 150,000 children who attended these schools over the decades were taken from their families and forbidden to speak their own language or practice their own culture. They were forced to pray, to practice Christianity, and to learn the tenets of the supposedly superior white civilization:

A student who attended in the 1930s remembered fiery sermons about the eternal damnation that awaited all of them if they didn’t abandon their traditions and culture. “He would just get so carried away; he was punching away at that old altar rail … to hammer it into our heads that we were not to think or act or speak like an Indian. And that we would go to hell and burn for eternity if we did not listen to their way of teaching,” she said.

…Father A.M. Carion, one of the first directors of the Kamloops Indian Residential School, was quite explicit about their school’s mission to purge its charges of their culture, language and familial ties. “We keep constantly before the mind of the pupils the object which the government has in view … which is to civilize the Indians and to make them good, useful and law-abiding members of society,” wrote Carion. (source)

In propaganda films made for the outside world’s consumption, Indigenous children were forced to put on a show of gratitude for being “civilized” by their benevolent Christian overseers:

“The Eyes of Children,” which premiered on Christmas Day, 1962, is 30 minutes of Indigenous children praying, singing, and learning about the tenets of Christian civilization, all under the watchful eyes of benevolent Catholic clergy. “Some of you can’t do any worse than your parents did,” says one instructor in a lesson about the spirit of Christmas.

The residential schools committed all the same crimes against humanity as the Magdalene laundries. Beatings, whippings, and other brutal abuse were routine means of discipline. Some children were chained to their beds or had needles shoved in their tongues for speaking their native languages (source). Many were sexually abused by staff who knew their victims were voiceless as far as the law was concerned. (It makes you wonder – of the students and the staff, who really needed to be “civilized”?)

Neglect of the children’s well-being was severe and pervasive. Most of the schools were so poorly funded that the pupils were kept on a near-starvation diet and given only worn-out, ragged clothes inadequate for frigid Canadian weather:

A principal in 1910 openly reported to his superiors that he was needing to cut food portions for budgetary reasons. During a 1918 visit, Indian Agent J. Smith wrote that dinner portions “looked from where I sat to be very slim for growing boys.” Smith attempted to ask the boys if they had enough to eat, but in a place where they had been conditioned by force to not dissatisfy a white man under any circumstances, the students answered the Indian Agent “in the affirmative.”

The year before, a new principal arriving at the Kamloops school had been shocked to see the poor condition of the children’s clothes. “Their uniform is so old and so worn out that we dare not to show them to anyone,” he wrote at the time.

Diseases like flu and tuberculosis were rampant, and sanitation and medical care ranged from inadequate to nonexistent. Unsurprisingly, many children died. There were at least 4,100 deaths, according to the National Truth and Reconciliation Commission set up by the Canadian government to document the experiences of survivors.

But the true number is undoubtedly much higher. We’ll never know with certainty, because of an especially shocking practice: often, when a child died, they were buried in unmarked graves on the school grounds without ceremony or documentation. The parents were told that their child had run away. The final resting place of these missing children has been an unresolved question for decades.

This was long believed to have happened at the Kamloops school, but until recently, there was no physical evidence. Now a ground-penetrating radar scan has found the proof:

[A]n Indigenous community in British Columbia says it has found evidence of what happened to some of its missing children: a mass grave containing the remains of 215 children on the grounds of a former residential school.

Chief Rosanne Casimir of the Tk’emlups te Secwepemc First Nation said on Friday that ground-penetrating radar had discovered the remains near the site of the Kamloops Indian Residential School, which operated from 1890 until the late 1970s.

…The remains, which Chief Casimir described as “many, many years old — decades,” included those of children as young as 3. (source)

The discovery of the mass grave led to rallies, protests and national mourning in Canada. But it’s very likely that this is just the tip of the iceberg, and there are more like it waiting to be discovered.

The Canadian government bears responsibility for these unthinkable crimes, but so too do the churches, Catholic and Protestant alike, that ran these institutions. It was truly an ecumenical program of cultural genocide. Prime Minister Justin Trudeau has said that Canada needs to own up to its involvement – but Pope Francis doesn’t seem to share that sense of responsibility:

In 2015, the archbishop issued a letter repeating the archdiocese’s apology for the role the church played in the federal government’s residential school policy.

But in 2018, Pope Francis rejected a direct appeal for an apology from Prime Minister Justin Trudeau. Bishop Lionel Gendron, who is president of the Canadian Conference of Catholic Bishops, wrote in an open letter to Canada’s Indigenous people an explanation for the pope’s refusal to apologize. “After carefully considering the request and extensive dialogue with the Bishops of Canada, he felt that he could not personally respond,” Bishop Gendron wrote.

And it goes beyond the lack of an apology: the church is still refusing to release records that might help in identifying the dead. It’s a fair guess that they’re digging in their heels because there’s information in those records that’s even worse than what we already know.

Ireland’s Magdalene laundries were inspired by Christianity’s wicked theology of inherited sin, which held that sex out of wedlock permanently stained not just the woman, but any children she gave birth to. The Indian residential schools of Canada were motivated by a different but equally evil theology: the white supremacist religion of empire. The creators of these schools believed that they were entitled to rule because their culture, language and beliefs were superior, and people from other cultures were “savages” who had no rights and whose worth as human beings was defined by how well they could imitate those who subjugated them.

The problem, for a Christian, is that Christianity can’t disavow this bloody legacy, not fully. Western churches no longer believe in converting people by force – for the most part – but by their nature, they still believe that earthly suffering is unimportant if it ensures eternal salvation, and that to be a Christian is better than not to be a Christian for salvific purposes. Those who hold to these beliefs can’t join the rest of us in giving these institutions of genocide the full-throated condemnation they deserve.

Image: The Kamloops Residential School Memorial, May 30th, 2021. 215 pairs of children’s shoes, one for each child’s body found, were displayed on the steps of the Vancouver Art Gallery. Via GoToVan on Flickr, released under CC BY 2.0 license 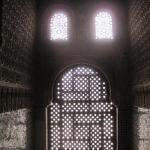