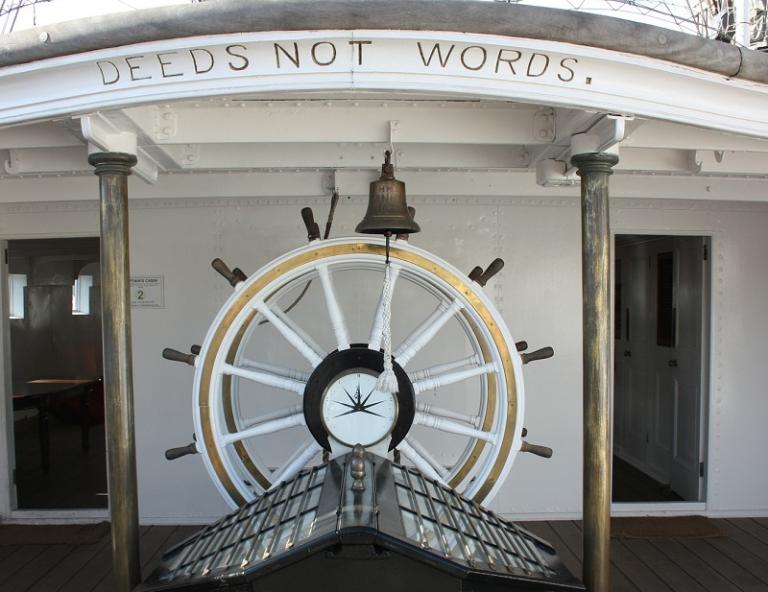 Atlantic hurricane seasons that stretch well into the Greek alphabet.

Towns in the American West that can no longer grow because they’re out of water.

In 2020 and 2021, climate change seemed more of a present reality than ever. And to support these anecdotes with data, a new United Nations report confirms it’s not looking good for planet Earth:

Earth is likely hotter now than it has been at any moment since the beginning of the last Ice Age, 125,000 years ago, and the world has warmed 1.1 degrees Celsius, or nearly 2 degrees Fahrenheit, since the Industrial Revolution began — an “unprecedented” and “rapid” change with no parallel in the Common Era. What’s more, the recent spate of horrific heat waves, fire-fueling droughts, and flood-inducing storms that have imperiled the inhabited world are not only typical of global warming, but directly caused by it.

The Intergovernmental Panel on Climate Change (IPCC), a U.N. scientific advisory group, has just published its Sixth Assessment Report. It summarizes the overwhelming scientific consensus that climate change is real, is human-caused, and poses a major crisis for civilization. And it predicts, based on the best evidence we have, what impacts we can expect in the coming decades.

The IPCC’s reports have to be unanimously approved by 195 countries, so you can imagine they err on the side of caution and conservatism. That makes it more noteworthy that this one takes such an unequivocal and dire tone:

For the first time, the report establishes that those extreme events are happening because of climate change. Scientists’ ability to attribute individual events to the warming atmosphere is the “biggest advance” the field has seen in the past decade, Ben Cook, a climate-science professor at Columbia University, told me.

“Every inhabited region across the globe” has seen a well-documented increase in heat waves, heavy rain, or drought, the report says. Human activity is also behind the demise of glaciers since 1990, the hemorrhaging of the Greenland ice sheet, and the decline of snow cover in the Northern Hemisphere since 1950, the report says. No part of the world has been left untouched by humanity’s prodigious carbon pollution.

To avoid the worst impacts of climate change, we’d have to keep warming under 1.5 degrees, but it’s likely we’re going to blow past this limit. In 1982, the year I was born, Exxon predicted in an internal company report that the burning of fossil fuels would increase global temperatures by 1 degree over 40 years. As XKCD pointed out this week, that prediction is coming true with near-perfect accuracy: 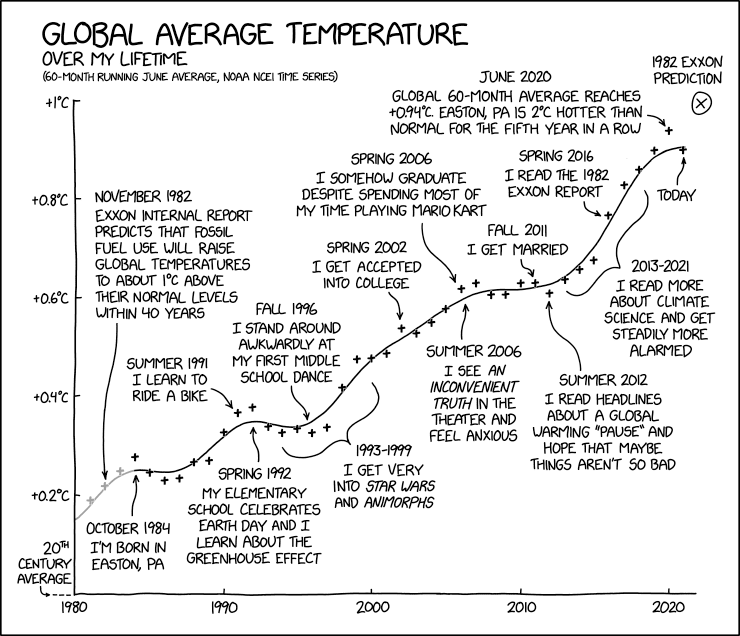 If it were up to me, the oil executives who conspired to conceal this information should be tried for crimes against humanity. This is a crime worse than genocide. It’s ecocide, the attempted destruction of an entire biosphere.

The IPCC estimates we’ll hit 1.5 degrees almost no matter what. The only question is whether temperatures will keep rising beyond that, or whether we’ll be able to reverse course and hold it to that level.

Either way, the window for avoiding serious climate change has closed. Now we need to focus on adaptation and triage. We have to fortify coastal regions that can be defended and pull back from those that can’t, paying to relocate people en masse. We need to give up the foolish conceit of cities and farms in the desert and shift population centers northward, away from regions that will be too dry or too hot for human life. (Future generations are going to be all too familiar with wet-bulb heatwaves, which are unsurvivable for anyone without access to air conditioning.)

Most of all, the rich countries, which bear the lion’s share of blame for this problem, need to be prepared to absorb the coming wave of climate refugees. Some countries may cease to exist, and authoritarianism will be a much greater temptation with hordes of the hungry massed on the borders of those that survive.

It’s reasonable to grieve at this news. The future is going to be drastically different from the world we’re used to: more chaotic, more turbulent, more violent. But at the same time, it’s vital that we not surrender to despair. Declaring that the problem is insoluble and humanity is doomed is false, and a dangerous falsehood at that, because it will paralyze us and keep us from achieving the good we can can still accomplish.

Saving the climate isn’t an all-or-nothing proposition. It’s never too late to cut back on emissions; more carbon pollution will always be worse than less. A 1.5- or 2-degree world will be challenging, but it’s vastly preferable to a 3- or 4-degree world.

That’s why this isn’t a moment for doomism, but a moment for action. This decade is a critical inflection point in the future trajectory of the climate. We all need to put our shoulders to the wheel and do anything and everything we can to slow the pace of warming. There is progress happening – renewable energy is growing exponentially, and coal and gas are withering away – but we can’t sit back and assume it will be enough.

I’ve been donating to Everybody Solar, which directly funds solar-energy projects; Global Giving, which supports reforestation and other climate action; and a new one on my list, the Well Done Foundation: a nonprofit that seals abandoned oil wells which are leaking methane, an even more potent greenhouse gas than CO2. And of course, if you can’t afford to give, lobbying your politicians to act is always helpful.

But what I want to know is: where are the billionaires?

Some of them have made aspirational statements, or committed to switching their own companies to carbon neutrality, or investing in moonshot projects. But with a very few exceptions, they’re not using their vast wealth to support the concrete actions that we know can work: committing to reforestation on a massive scale, or funding solar and wind projects wherever anyone wants to build one.

It’s tempting to take the super-rich’s space race as a metaphor for how disconnected they are from the concerns of ordinary people on the ground, but it is only a metaphor. Jeff Bezos, Elon Musk, and the rest of them are bound to this planet just like the rest of us for the foreseeable future. We’re not going to have a self-sustaining colony on Mars for a very long time, if ever. It would be easier to build a self-sustaining colony in Antarctica, and we haven’t even managed that!

The likely answer is that the billionaire class, for all their wealth, are plagued by the same human short-sightedness that made climate change such an immense problem in the first place. It’s easy to ignore a problem that’s distant and abstract, that we can’t see and touch, or that can’t be blamed on a single cause. Inattention breeds complacency, and makes it easy for people to persuade themselves that it won’t be so bad, or that it isn’t really a problem at all. But the consequences of that irresponsibility are now upon us, and the time for denial has passed. 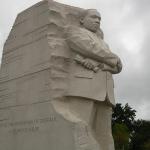 August 13, 2021 Commonwealth, III.IX: "A Perspective That Few Are Granted"
Recent Comments
0 | Leave a Comment
Browse Our Archives
get the latest updates from
Daylight Atheism
and the Patheos
Nonreligious
Channel
POPULAR AT PATHEOS Nonreligious
1