As a teenager, I competed in piano competitions based on proficiency level.  Playing piano became a cherished therapy for me. I unwound my stress and anxieties on the ivories.

My teacher was not only an extremely gifted pianist, but an excellent gauge of character.  She knew I loved to play, but unless challenged with specific types of music, I grew apathetic towards the piece.  I didn’t even realize this until later.

One idiosyncratic flaw she couldn’t strategize away was my overconfidence in memorizing aka don’t worry about memorizing until the last minute.  I functioned that way. I wrote high school papers the night before they were due. Projects began and ended within a few hours of each other. Unfortunately, I hadn’t experienced another way. That was my reality and according to grades, et cetera, I was quite successful at navigating life that way.

And so she gave me a challenging piece that captivated my attention. I worked on it sporadically as I did school, church, seminary, callings, social, job, family responsibilities. And I loved it. Well, most of it.

Most of the song came pretty easily, but there was one transitional point that stuck me sometimes.  I played it over and over and over. As I think about it now, I’m sure that part drove my family nuts as well, but nobody ever complained.

I had several months to prepare before the competition, so I didn’t stress about it.  I’d won the previous years’ segments with the same approach. Just let the music flow and it would. She always picked the pieces that I could flow.

In the weeks leading up to competition, I realized I really needed to start committing the song to memory. The piece finally became the priority.

Competition day arrived.  I put on my dress, drove to the college campus where I’d been so many times before for the same event, checked in, and waited.  I didn’t look to see who my competitors were.

Finally, the judges called me into the competition room. I’ve always had a fairly outgoing personality, even when anxiety ridden, so engaged the judges briefly. I was remembered from the previous year. We laughed.  I felt comfortable.  My teacher smiled.  I was so blessed she “got” me.

I handed them my music and sat down at the piano.

I still remember that moment 30 years later. I loved how the song started with gusto and power. I felt the flow. It tumbled out of my fingers to the keys. Bach and I were one—for a moment.

Then disaster. Instead of flowing, I started thinking about the upcoming transitional part—the writer’s block of the song for me. Suddenly, the song was GONE. GONE. GONE!  How could it just be gone?

That had never happened to me during competition before. During dress rehearsal, yes, a million times. But during competition?  Never. The stress always heightened my abilities, sharpened the precision, increased the flow.

The shock must have shown on my face.

The judge who recognized me from the previous year acknowledged my stuckness. He also acknowledged that it happened to everyone at some point. He suggested I start over.

I did. Though shaken, I tried to get out of my head and back into the flow. Finally, I felt the song take over again.  Until KaBaaM! Same spot, same stuck. Full stop with nowhere to go.

My teacher brought me the music to review.

I started again.  I mean the song’s really long.  This process felt eternal.

I overcame the hump. But my precision and articulateness and emotion fell flat because I fell flat in the active chatter in my mind. I finished the song.

I stood and faced the judges. They made the usual comments about we’re glad you participated, your results will be posted.

I still felt shock and then numbness as I waited in the auditorium for the results.

Finally my section results were announced. No third place finisher. OK. Second place winner is Delisa Bushman. OK. Wow, I didn’t like second place, but knew I hadn’t been flawless.  I stood to receive the applause then sat to hear who won. The announcer walked off the stage.

No one else entered that level of competition.

In one of the greatest, most bittersweet lessons of my life, I realized I’d just lost to myself.

That sound beating has carried over into most aspects of my life. Unfortunately, or fortunately, I still approach life and stress with the same bravado of I’ll-accomplish-it-before-it’s-due-because-I-have-so-many-other-projects-due-now.  But I do recognize that input in absolutely effects output out.

I’d geared up to accept a loss to someone who just performed better than I did that day. That would have been my out.

Instead, on my judge’s sheet was a note: We know you could do better than your performance today. They gave me high scores across the board—my only deficit (and critical one at that) was the forgotten transition—but because they knew my capability, they opted to give me second place instead of first.

So there’s no out for someone just performing better than me. There’s no point in comparing to someone else’s best. Someone will always be more talented, more driven, more whatever.

So do I become frozen with priority paralysis worrying that I’ll always lose to myself? Or do I find the balance to step up, learn from the challenge, laugh it off, set goals that matter to me and then do everything I can to reach them? 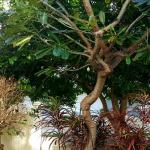 November 26, 2017
A Predator Prayed For Her Victims
Next Post 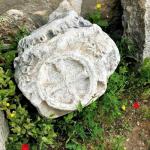 December 2, 2017 My Searching Began with a Circle
Recent Comments
2 Comments | Leave a Comment
Browse Our Archives
Follow Us! 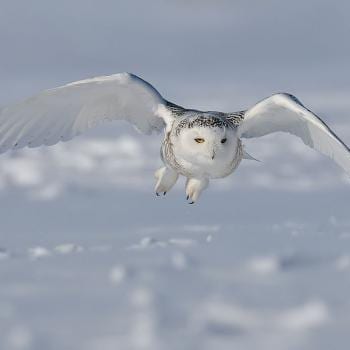 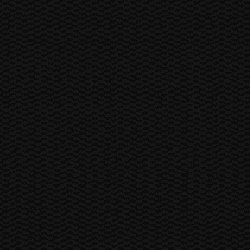 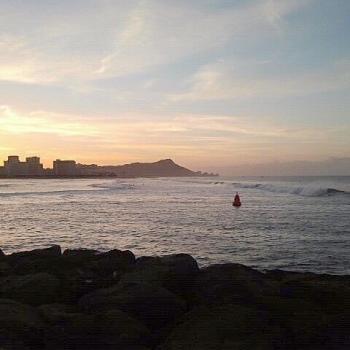 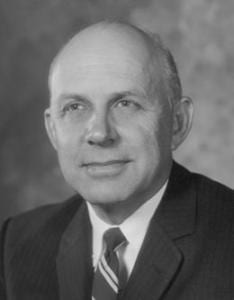