The Blind Eye of Violence. 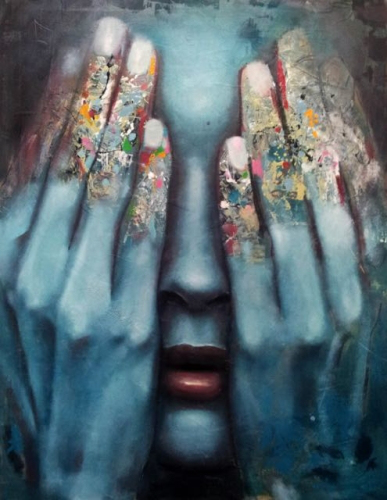 Ten years as a bouncer in downtown nightclubs exposed me to all kinds of human…vice.

I’d busted fingers, noses, heads and even had my own attitude handed back to me in spades on occasion. That’s how it goes though—you win some, you lose some. As a bouncer, you want to win more than you lose though. They weren’t paying me to get beat up. They were paying me to be heavy handed enough to scare off unwanted elements.

I liked my job. I liked the money and the women. What I liked most, was how it helped me solidify my facade and cover my insecurity.

“Get out of my line!” I wrapped my hand around the kid’s face and was preparing to push him back when I felt a pain in my stomach. I grabbed at his wrist and wrestled the pen knife that was sticking in me away from him. As I did, he spit in my face.

The other security guards and the police who were working along side of me at the nightclub wrestled him to the ground. He left in an ambulance. I went inside to pour alcohol on my stomach.

This type of violence was not uncommon. The violence never bothered me though—it was, if anything, addicting. The stabbing however, and later muggings at gun point, left little taste in my mouth for the lifestyle.

Eventually, more violence and health issues forced me out permanently. Months of solitude and attempts to recover from a discovered heart condition, led me to a face to face confrontation with my mortality, my life choices, and eventually,  away from me and towards the suffering of those around me.

I began more and more to take a deeper look at the nature of suffering and violence. As a burgeoning Buddhist I was particularly struck by how I was starting to view violence and war and our justifications of it.

Every day, we come across and use phrases that stem from motifs of war, conquest and acts of killing. We probably don’t think twice about them and for some of us, we might even enjoy the ideas behind them. Our games, movies, heroes, TV shows and even children’s entertainment revolve around conquest, battle and fighting. Most of our known history is built around war, famine death and conquest, and not periods of great peace.

We refer to military leaders as great and brilliant, yet give little to no thought about the lives they helped take. No thought to the children left without parents, the mothers without husbands, the land and animals laid to waste in skirmishes that we feel are justified by philosophical, religious or political ends.

The truth of the matter however, is that violence is violence. There is nothing great and glorious about taking a life or dying in glorious battle.

For every life taken, a child sits in a corner sobbing with fear and pain. A mother feels pangs in her womb and heart when the news of the child she nurtured lies at the bottom of a heap, like so many of the others—people we consider enemies, demonic, unsaved or uncivilized. There are some seven billion of us and we all want the same thing; security, happiness, peace and safety. We want a certainty in the hope that others will understand and respect our silent cries of, “please don’t hurt me.”

We allow ourselves to be stirred by political rhetoric and religious ramblings of being chosen, saved or holy. We write down our ideas and justifications and turn them into sacred writ and make peace with the tears of that scared child who now has no father, no arms, no eyes, and lays in anguish in a dirty hospital room. He or she will live out their few remaining hours or days in pain that you and I could never imagine and we move along uncaring, unfeeling and yet justifying that hey, “they would have grown up as terrorists anyway.”

Political sycophants rant spurious proclamations of social change and justice at the end of a fist, a knife, a gun or whatever means gets the job done. Yet at the end of it all, somewhere, a child sits in a corner, lonely, scared, afraid and in pain. The cycle starts anew and people are re-vilified. Bodies are piled up, religious wars and political ends are  justified and we learn nothing.

This point was forced into my mind even sharper last night while I looked at images of Gaza as great screaming firebombs rose up to the sky in a gross offering of child flesh and agony, like some old testament offering that was pleasing to the senses of Yahweh.

I’m not pointing a finger here—everyone is to blame. Every participant in war and violence helps the process keep moving forward like a tank of fury and hate that passes on from generation to generation. Defense, offense, home defense—the list of justifications is never ending. But violence is what it is. It cannot be a means or an ends because the outcome is always the same. It requires fear and hate to commit and fear and hate to propagate.

As a society, as a world, as individuals within it all, we cannot hope for change and peace, growth and meaning if our tools are steered by fear and hate. Fear and hate have their roots within ignorance and attachment, and these lead to nowhere but suffering.

Violence is the final swinging tantrum of the incompetent and the weak. We excuse ourselves because we need a way to cover the guilt, the shame, the lack of courage for lifting our brothers and sisters up out of the dirt with our own hands. Change will never make its face known if we continue on our path of ignorance and consumption.

While we self pamper, that child, somewhere, sits in a corner, alone, crying, scared and in pain. Until the last child is secure, it is our direct responsibility to help.

Violence only begets violence. This will never change.

So while we may hope and pray for change, until our hands are reaching out to our fellow humans in attempts to lift them up—to love them, to help them—we cannot expect it.

Offer a hand. A smile. A kind word to a hurting person. It only takes one small step. One simple gesture to start the ball rolling.

While the overall problems may seem overwhelming, adding a smile to a child’s face, can make it that much less daunting. 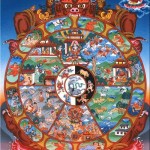 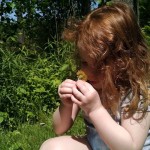 June 3, 2015 Cynicism and The Dancing Flowers.
Recent Comments
0 | Leave a Comment
Browse Our Archives
get the latest from
Buddhist
Sign up for our newsletter
POPULAR AT PATHEOS Buddhist
1 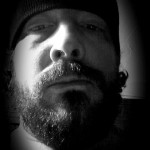 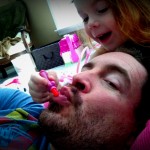 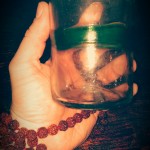