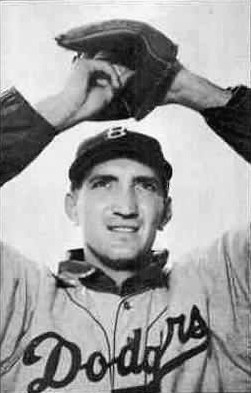 The athlete whose career seems in retrospect to have been defined by an instance of decisive failure can be forgiven for imagining himself accursed, particularly if the failure itself looks wildly anomalous.

When the Red Sox’s Mike Torrez gave up a pennant-winning homer to Bucky Dent — normally one of the most harmless batters in American League history — he could at least remind himself that the whammy was on his team, not on him personally. Harry Frazee had earned the wrath of Zeus, or whoever, 60 years earler, when he sold Babe Ruth to the New York Yankees. If Dent had grounded out as expected, something else would have happened to derail the Red Sox — Yaz might have been struck by lightning, or perhaps Jim Rice would have had a fit and swallowed his tongue. At least this way nobody got hurt.

Former Brooklyn Dodgers’ pitcher Ralph Branca had no such consolations. In 1951, when New York Giant Bobby Thomson pulled Branca’s fastball into the left-field stands for a three-run homer, he effectively brought down an aristocracy — at least momentarily. The Dodgers called themselves Bums, (or permitted themselves to be so called), but the nickname must have struck a note somewhere between irony and false modesty. As pennant winners in 1941, 1947 and 1949, they were an elite — practically the Yankees of the National League. Thanks to Thomson’s homer, they lost the pennant to their arch-rivals — and had to hear Ralph Hodges scream about it.

Thanks to New York Times reporter Joshua Prager, Branca has a new theory: God fed Thomson that four-bagger to punish him for not observing the Jewish commandments. In the course of researching The Echoing Green, his book on the fateful Branca-Thomson duel, Prager discovered quite by accident that Branca’s mother, Katherine, had been born Kati Berger, in the Hungarian half of Austria-Hungary. Her parents, Ignatz and Antonia Berger, were both Jews, had were married by a rabbi, and had all their male children circumcised.

Through Branca’s sister-in-law, Mildred, Prager learned that Kati, upon meeting Branca’s father, had written her parents asking for permission to marry a Catholic, and to raise her kids in the Catholic tradition. They answered both questions in the affirmative — so Mildred had heard from Fanni, Kati’s sister, who had emigrated to America but remained Jewish. Since then, Kati lived as a Catholic, and raised her 17 children in the Church. The Berger family roots were an open secret — not quite out in plain view, but available to anyone who thought to dig.

For whatever reason, Branca didn’t. When Prager shared with him his family history, adding that Kati’s relatives had been murdered at Sobibor, Auschwitz and Majdanek, he said, ““Maybe that’s why God’s mad at me — that I didn’t practice my mother’s religion…He made me throw that home run pitch. He made me get injured the next year. Remember, Jesus was a Jew.”

Branca must have been at least half-joking, but still, there’s real Old Testament sensibility in his statement. “If I forget thee, O Jerusalem, let my right hand wither,” goes the psalm. Though Branca’s career ended with an injury to his back, not his hand (it was the observant Sandy Koufax, a lefty, who got arthritis), it could pass for the work of the same El-Shaddai who sacked Saul for hoarding Amalekite livestock.

In the 1950s, one of Branca’s own spiritual advisors, a Jesuit, suggested he interpret his trials as a backhanded compliment: God had chosen him to yield the home run because God knew his faith was strong enough to sustain him through what would follow. Yes it was, thought Branca. And so ever since, even as the goat endured public discourteousness for 60 years, he praised God, reciting every morning and night the ‘Our Father,’ a ‘Hail Mary’ and a couplet of his own: ‘Make me worthy of your love; make my love worthy of you.'”

It’s a good explanation –it works as well for a Christian as a Jew. It evokes Job, and also that other perennial losing pitcher, Charlie Brown, whose Christmas special is considered a Biblical coup against commercialism. In any case, Branca still considers himself a Catholic. If he‘d known he was Jewish, he pointed out to Prager, he couldn‘t have performed chores for his Jewish neighbors on the Sabbath. All worked out for the best.

His grandparents’ liberal attitude may not have been so unusual. Conversion among Austro-Hungarian Jews was fairly common — Freud himself considered it, though he’d probably have remained a Freudian in any event. Even those who remained Jewish absorbed more Catholic culture than their ancestors might, perhaps, have thought proper. Theodor Herzl referred to his bar mitzvah as a “confirmation.” Both of Kati’s parents shared names with Catholic saints — “Ignatz” is German for “Ignatius” — as did Franz Kafka. It would be interesting to learn whether “Fanni” was short for “Franziska.”

I’d be curious to see how my dad, whose birthday was yesterday, would have reacted to this news. Having grown up Jewish and a Brooklyn Dodgers fan, he ended up uninterested in either sports or religion. Left to my own judgment in both areas, I became a Yankees fan at the age of five, when Reggie Jackson homered three times in game six of the 1977 World Series. Thirty years and a few months later, I entered the Catholic Church. Just goes to show that every family has its conversion stories.

August 17, 2011
Rick Perry and the Politics of Treating 'em Ugly
Next Post

August 21, 2011 Wanted: World Youth Day for Introverts
Recent Comments
0 | Leave a Comment
Browse Our Archives
get the latest from
Catholic
Sign up for our newsletter
POPULAR AT PATHEOS Catholic
1