A Fine New Place for Feeding 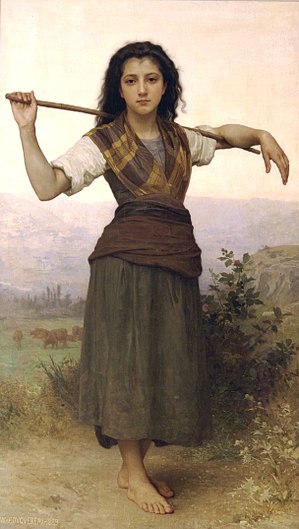 Joanne McPortland is one of those very rare, too-modest writers who deserves to be read more than she actually wants to be read. For the sake of Catholic letters’ good name, I am going to drag her, kicking and screaming, into my own small sliver of the limelight.

By the age of 60, Joanne’s made a faith journey full of loops and detours, flat tires and long waits on the shoulder for the Triple-A truck. A cradle Catholic, she fondly remembers her formation by the “smart, faithful, disobedient, brave, creative women of the Immaculate Heart,” among them artist Corita Kent. After wandering off for many years to the Episcopalians and gnostics, she decided to return home last summer while on pilgrimage to Assisi. Joanne has come to see her years away as “a felix culpa, a happy fault that both fed my hunger and stirred it anew.”

What keeps her from taking up I-once-was-lost-but-now-am-found cliches is more than her feel for tone or style. It’s a deep and troubling sense of displacement, or as she calls it, revertigo. The Church she re-entered isn’t quite the Church she once left. “I find myself,” she writes, “neither fish nor fowl–nowhere near as orthodox or traditional or humorless as the great majority of the Catholics who hang around the blogosphere water cooler, and far less cynical and burnt out and angry than so many of my Vatican II cohort who stuck around seem to be.”

On the day of the March for Life, she does what I consider the gutsiest thing any Catholic blogger can do: she confesses to ambivalence on the Church’s pro-life teachings. Misinformed by her obstetrician that her pregnancy with Joanne was ectopic, and by her priest that “everyone would know” if she decided to abort, Joanne’s mother carried her to term against her own better judgment. Though the pregnancy turned out, happily, to have been normal, her mother’s “love for me, and her faith in God, was distorted by having seen me, in no small part, as an assassin planted in her womb by the Church.” The experience has left Joanne acutely — maybe even morbidly — aware of “worst bigotry and stereotyping and hatred that [pro-choicers and pro-lifers] can muster.”

Now, this is all stuff the uncharitable or incurious could write off as merely typical of a generation: a drift toward feminism and goofy religions preceding a return to the Church that’s halfhearted at best. Me, I belong to the generation after hers; we share a lot of our immediate forebears’ aspirations and disappointments. Even those aspects of Joanne that can be reduced to a demographic stereotype move me and give me the sense someone’s done my experiences an unexpected justice. Hopefully, I won’t be alone in that.

What’s unique about Joanne, however, and what might have appealed to Archbishop Lefebvre himself, is the depth of her knowledge. In theology and canon law, she’s closer to true geekhood than any other layperson I’ve met. For that matter, she’s a whiz when it comes to quaint and bizarre forms of popular devotion. In “Girls in Love, Lambs to the Slaughter,” she writes of the medieval custom connected with St. Agnes’ Eve: by fasting through dinner and lying naked in bed (in the middle of January, no less), unmarried women could hope to receive “a dreamy visitation, complete with ghostly kiss, from the spouse picked out for you by the patron saint of virgins.” No passage better captures the paradox of being ravished by horror, and horrifed at being ravished, so common among modern-day tourists of Catholic tradition.

Joanne’s is a gentle voice, free from anger, disinclined toward bombast. Her posts aren’t opinion pieces or homilies, or even anedcotes, but meditations that often refuse distillation to any single message. Her language is vivid and allusive, and you can bet her quotes from Keats and Augustine owe nothing to Jimmy Wales. She knows the pilgrimage spots of Rome intimately and makes provocative connections. For example, she says I’m a regular Rose of Lima. Go figure.

Joanne calls her blog “Egregious Twaddle.” It isn’t. To help me convince her to rename it “The Trough,” I urge my readers — all five or 10 of them — to go and feed themselves there.

January 24, 2012 Cigarettes: The End of the Affair?
Recent Comments
0 | Leave a Comment
Browse Our Archives
get the latest from
Catholic
Sign up for our newsletter
POPULAR AT PATHEOS Catholic
1