Yesterday evening, I planned to write contra Trump, to damn him for a mountebank, an incandescent gasbag, an American Vladimir Zhirinovsky. Just as I was starting to despair of saying anything beyond the obvious, I experienced a flash of grace so startling in its suddenness and clarity that it shoved all other subjects off the table.

It struck me, oddly enough, in church, in the course of a Mass honoring the Immaculate Conception. The service itself was nice enough – a decent liturgy on a well-censed altar, a homily both thoughtful and concise – but nothing out of the ordinary. Yet at some point between the acclamation and concluding doxology, I got it. Or maybe I mean I got it. What came to me, wherever you prefer to lay the emphasis, was understanding – of why I was on my knees, on a weeknight, paying homage to this particular theological oddity.

I like to tell people that I’m religious, not spiritual. By that I mean I treat Catholicism as a thought system, a chain of causes and effects, a hierarchy of goods and evils that form, in logical consequence, a lifestyle. Do this, avoid that, and – sooner or later – Eudaimonia on earth, and afterward, heaven.

Put it down to my innocence of the begetting business – I have never sired anything heftier than a long blog post – but I have also found Mary to be most intelligible as an element in an equation. Father plus Holy Spirit plus Theotokos (minus microchimerism) equals Son. Theologically correct though it may be, it sacrifices a lot in translation. Revering a capital T is easy enough, but nothing about one could have inspired Van Eyck to robe it richly in red under a brocaded canopy, or Michelangelo to chisel one lovingly out of Carrara marble.

In Born to Kvetch, Michael Wex writes that Yiddish speakers might describe a woman wearing too much jewelry as onhengen af zikh vi af der matka-boska” – “laden with jewelry like the Mother of God.” No Polish or Ukrainian peasant would feel moved to lavish votive offerings on an image of a capital T in such a way as to scandalize and amuse his Jewish neighbors.

So there I was, kneeling through the liturgy of the Eucharist, trying less to make sense of it all than to tap into the mystery behind it. The Gospel reading had described the Annunciation, so I tried to recall the details of Giotto’s version, where the Angel Gabriel bows toward Mary, herself bent at the waist, either returning the messenger’s greeting or from the instinct to protect the Son of God planted inside her.

That’s when it happened. That scene of perfect medieval serenity which had pulled me in, pulled me back out again, into our own time – no, make that into my own time. Without hearing anything so coarse or theatrical as a voice, I felt the following idea take shape: To understand who Mary is to you, as opposed to Giotto or the canon of Western art or even in relation to the Most Holy Trinity, it went, think of someone you know who isn’t your mother but bears you, along with many others, a mother’s love.

“Thank you, Captain Obvious,” many must be thinking. But to me, it sounded like a riddle. (The riddle of the Sphinx, I’m tempted to say. I am my mother’s only child, a being without rival or peer. When Bob, her longtime boyfriend, finally married her, I wrote him, jokingly, “If I had to lose the Oedipal struggle, I’m glad I was licked by an American.”) The idea of a woman loving more than one biological child has always struck me as a little far-fetched, but the ability to play surrogate mother to multitudes seems like a mutant superpower.

After a moment’s reflection, though, I discovered I had been lucky enough to know a couple of women like that – women reckless enough to pour out their emotional resources into an improbable number of children unrelated to them by blood — including some who were, at least technically, no longer children. They fretted, they suffered, they offered their hearts for the piercing. Indeed, I recalled guiltily, I’d driven in a couple of swords myself.

Fixing one of them in mind, I wondered how I might address her if she were enthroned as Queen of Heaven. The conversation would flow easily, I thought, beginning with an exchange of news and winding in a natural, unhurried way into a plea for help. Having a friend in such a high place would be very nice – yes, partly for the sake of the pull, but from the satisfaction of knowing she’d made good.

At this point, with the first Eucharistic hymn sung through, the choir launched into “Ave Maria” – not the Schubert song, but the Lourdes hymn, the one sung by pilgrims in the final scene of Song of Bernadette. Lifted on melodic wings, I tried, under my breath, to say a Hail Mary – not to recite it, but simply to let it trip off my tongue. Opening with the words Luke ascribes to the angel, it’s not exactly jaunty, but can, I discovered, be spoken with a forthright warmth, which is what I proceeded to do.

Stepping off the church property and into the night, I felt the moment of grace pass. Being an adopted son to Mary hadn’t quite slipped outside the field of possibility, but its edges had blurred to the point where it looked suspiciously like a sentimental conceit. Complain all you like about over-intellectualized faith or sappy art or rote prayer – when it comes to shelf life, they’ve got mystical encounters beat all to hell.

December 10, 2015 Advent's Lesson: Redemption Ain't All Cyrus and Second Temples
Recent Comments
0 | Leave a Comment
Browse Our Archives
get the latest from
Catholic
Sign up for our newsletter
POPULAR AT PATHEOS Catholic
1 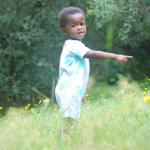