War on Christmas: Here’s What Sets Them Off

War on Christmas: Here’s What Sets Them Off August 29, 2006 Ed Brayton

I swear, by the time Christmas gets here I’m gonna be on a clock tower with a high powered rifle if this crap keeps up. The Worldnutdaily has this report on Sam’s Club and their horribly offensive “holiday” advertising. The American Family Association threw a hissy fit because Sam’s Club’s in-house magazine had an ad that used the word “holidays” instead of Christmas. They launched a huge campaign against it:

The company’s August/September issue included one page of Christmas items, but they were listed as “holiday” items instead, according to the AFA’s Randy Sharp, who told WorldNetDaily the campaign produced 218,000 e-mails to the company and uncounted telephone calls.

But they also included a picture of the ad in the article, the one that caused such offense. I’m going to show you the ad below the fold:

218,000 hyper-sensitive morons (why mince words?) sent emails to complain about that ad. Never mind that there is more than one holiday celebrated at the same time, and that at least one of the items on the page, the ribbons, would also be used to wrap Hannukah or Kwanzaa gifts as well, thus making “holidays” the proper and accurate word to use. This childish and idiotic demand from some Christians (and I note “some”; most of my Christian friends are as appalled by this lunacy as I am) that retailers address them and only them is like some primal scream of insanity. Get the fuck over yourselves, folks. You aren’t the only people occupying this planet. Jesus, there really should be a tax on stupidity.

August 29, 2006 Volokh on an ACLU Brief
Recent Comments
56 Comments | Leave a Comment
Browse Our Archives
get the latest from
Nonreligious
Sign up for our newsletter
POPULAR AT PATHEOS Nonreligious
1 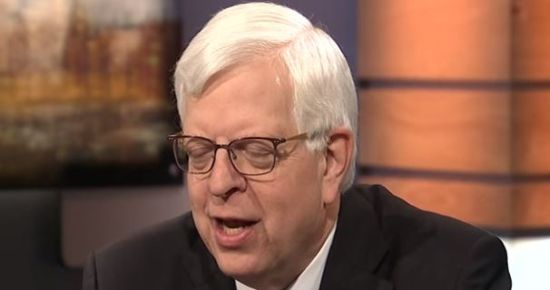 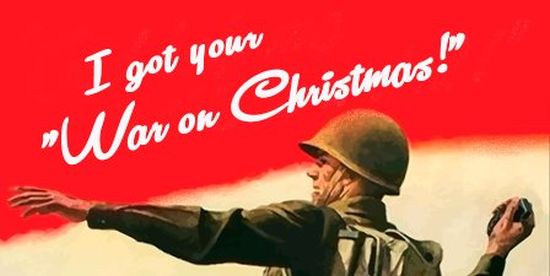 Nonreligious
The War on Christmas and the Politics of...
Dispatches From the Culture Wars

Nonreligious
Why Does Donald Trump Hate Christmas?
Dispatches From the Culture Wars
TRENDING AT PATHEOS Nonreligious