Day 2 of Skepticon was a blast. Got to finally meet several people in person that I’ve only interacted with online up to now — Jen McCreight, Rebecca Watson and Greta Christina, for instance. Had a great time with all three. Greta is a freaking rock star at this thing and she gave a great talk on why atheists are angry.

The other really cool thing today was a performance by Brother Sam Singleton, who put on an atheist revival that was really fun and funny. It had every element of an old-fashioned revival meeting, but with an atheist spin. Like instead of shouting “amen” people were encouraged to yell out “Goddamn!” Can I get a goddamn?

After that performance, we had our FTB get together at a local pub and the place was packed floor to rafters, had to be close to 200 people there. There were 6 FTBers there — me, PZ, Jen, Greta, JT Eberhard (who can seriously sing, like Pavarotti stuff) and Richard Carrier. Here’s a picture of all of us: 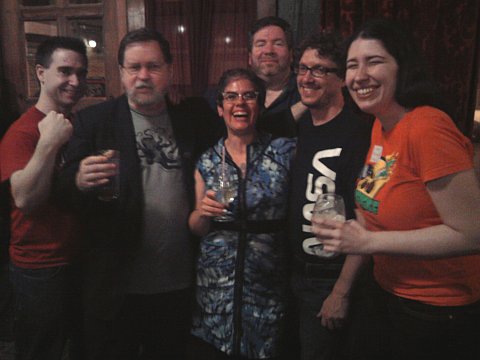 And there was also a Mrs. PZ sighting. Yes, the woman who tolerates and loves PZ came with him. And to everyone’s surprise, she’s not a cephalopod but a real human being. And really nice too. Here’s proof: 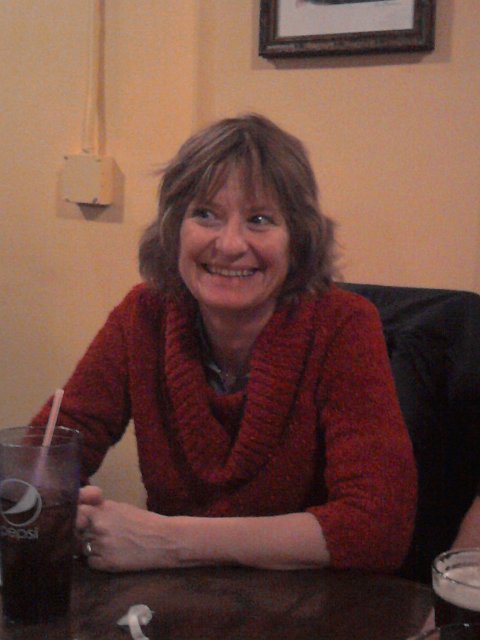 Lots of others were there as well, including the incredibly cool Lindsay Bayerstein and Amand

November 21, 2011 Big Business Gets Big Subsidies
Recent Comments
5 Comments | Leave a Comment
"Your argument is "Things exist, therefore God," and you just simply believe that there has ..."
Alex Zer0 And Yet Another Stupid Atheist Meme
"Oh hell. Just now got back here. Requiescat in pace, Ed, or just feed the ..."
(((Hornèd Pontilibratificus))) Saying Goodbye for the Last Time
"So many religious comments from muslims and the atheist religion..."
Drakenfly Carson: Islam Not a Religion, but ..."
"You were NEVER a christian. What you typed out is the typical day for a ..."
Drakenfly Carson: Islam Not a Religion, but ..."
Browse Our Archives
get the latest from
Nonreligious
Sign up for our newsletter
POPULAR AT PATHEOS Nonreligious
1