Mormons and the Civil Rights Act

The Boston Globe posts an incredible letter from one of the Mormon “prophets” to then-Michigan Gov. George Romney in 1964, taking him to task for his support of the Civil Rights Act. I took the time to convert the PDF to text so I could copy it here because I want to be able to highlight some of the mind-blowing statements found in it.

It was a real pleasure to greet and have a moment to visit with you and Lenore here this past week. It is wonderful to see how enthusiastically you are received by the good people of Utah.

After listening to your talk on Civil Rights, I am very much concerned. Several others have expressed the same concern to me. It does not altogether harmonize with my own understandings regarding this subject; therefore, I thought to drop you a note — not in my official Church position, but as a personal friend. Only President McKay can speak for the Church.

I felt, George, your views were most liberal on this vital problem in the light of the revelations, but nevertheless, I cannot deny you the right of your position if it represents your true belief and feelings.

I would like to suggest you read two items on this subject, both by the Prophet Joseph Smith. Turn to page 269 of Teachings Of The Prophet Joseph Smith by Joseph Fielding Smith, and read beginning the middle of the page under the caption, “The Status of the Negro,” giving particular attention to the closing sentence on page 270. Also, read from Histopy of the Church, Period 1, Volume 2, beginning on page 436, under the heading, “The Prophet’s Views on

Abolition,” which article continues to the bottom of page 440. After reading this last-mentioned statement by the Prophet, then come back to the last paragraph on page 438, and give it some real thought. When I reflect upon the Prophet’s statements and remember what happened to three of our nation’s presidents who were very active in the Negro cause, I am sobered by their demise. They went contrary to the teachings of the Prophet Joseph Smith —

unwittingly, no doubt, but nevertheless, the prophecy of Joseph Smith, “. . . those who are determined to pursue a course, which shows an opposition, and a feverish restlessness against the decrees of the Lord, will learn, when perhaps it is too late for their own good, that God can do His own work, without the aid of those who are not dictated by His counsel,” has and will continue to be fulfilled.

In this respect, let me give you a personal experience. A friend of mine in Arizona — not a Church member — a great champion of the colored race -— came to me after my call into the Twelve, and acknowledged President McKay to be a Prophet of God. He wanted me to ask President McKay to inquire of the Lord to see if the Lord would not lift the curse from the colored race and give them the privileges of the Priesthood. I explained to him that the Lord had placed the curse upon the Negro, which denied him the Priesthood; therefore, it was the Lord’s responsibility — not man’s — to change His decision. This friend of mine met a very tragic end by drowning. He was a most enthusiastic advocate of the colored cause and went about promoting for them all the privileges, social opportunities, and participation enjoyed by the Whites.

I am sure you know that the Prophet Joseph Smith, in connection with the Negro problem of this country, proposed to Congress that they sell public lands and buy up the Negro slaves and transport them back to Africa from whence they came. I am sure the Prophet, with his vision and understanding, foresaw the problems we are faced with today with this race, which caused him to promote this program.

The statements of the Prophet Joseph Smith have been a helpful influence on me because they accord with my own understandings regarding the Negro. I cannot, in my own feelings, accept the idea of public accomodations; the taking from the Whites their wishes to satisfy the Negros. I do not have any objection to recognizing the Negro in his place and giving him every opportunity for education, for employment, for whatever contribution he can make to the society of men and the protection and blessings of Government. Yet, all these things, in my judgment, should accord with the expressions of the Prophet Joseph Smith. It is not right to force any class or race of people upon those of a different social order or race classification. People are happier when placed in the environment and association of

I am enclosing a little booklet entitled Mormonism and the Negro, which you may already have. If not, it is an enlightening exposition and quite well reflects the Church position in regard to these people.

I am not against a Civil Rights Bill if it conforms to the views of the Prophet Joseph Smith according to the references above given. I fully agree the Negro is entitled to considerations, also stated above, but not full social benefits nor inter-marriage privileges with the Whites, nor should the Whites be forced to accept them into restricted White areas. In my judgment, the present proposed Bill of Rights is vicious legislation. There needs to be some modification. The position of the Church cannot change until the Lord changes it Himself. Certainly I am not for exploiting racial or religious prejudices, but it is the present play up to the Negro voters which is unnecessarily creating problems that by a more firm, sensible approach can be avoided. There will be a few die-hard leaders, but then that has always been true with any debatable issue. Principle — religious or otherwise —— cannot be abrogated for political expediency.

Now, don’t think I am against the Negro people, because I have several in my employ. We must understand and recognize their status and then, accordingly, provide for them. I just don’t think we can get around the Lord’s position in relation to the Negro without punishment for our acts; going contrary to that which He has revealed. The Lord will not permit His purposes to be frustrated by man.

Please understand I have a great respect and admiration for you, but because of my feelings I thought I should express myself as I have so you will know my personal position.

This letter is for your personal use only (also Lenore), and is not to be used in any other way. It does not require an answer.

With best wishes and success to you and Lenore always, I am

Faithfully your friend and brother,

I highlighted some of the things that leap out from the letter. There’s the ridiculous threat that God will kill him if he takes the wrong position, just like that poor guy in Arizona who drowned after merely asking if the church might change its racist position and to three presidents — Lincoln and Kennedy; I don’t know who the third might be — who tried to further equality for black people. So you better stop advocating equal rights or God will kill you, like he did the others.

Then there’s the idea that one can only support public policy that is in line with the views of Joseph Smith. Mormon theocracy, anyone? And lastly, you have to laugh at his claim that he’s not racist because he has several black people who work for him. Yes, people really thought this way. And many still do.

The good news is that Romney ignored Stapley and continued to advocate for the Civil Rights Act and for equality.

January 26, 2012 Chuck Loves Newt
Recent Comments
38 Comments | Leave a Comment
Browse Our Archives
get the latest from
Nonreligious
Sign up for our newsletter
POPULAR AT PATHEOS Nonreligious
1 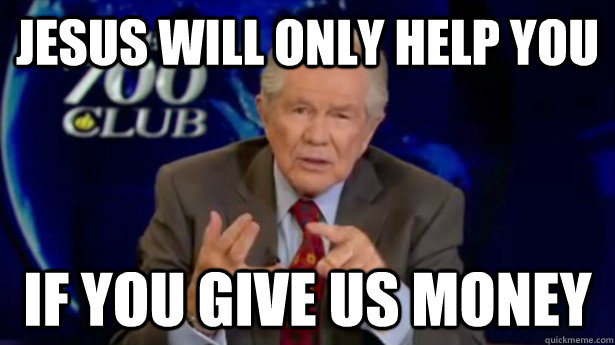 Nonreligious
LDS President: You're Poor Because You Don't Send...
Dispatches From the Culture Wars