Joe Nickell has a blistering article on the CFI blog about Dr. Drew Pinsky, who appears to be willing to do almost anything as long as it keeps him on TV, makes him money and lets him hang out with D-list “stars” whose agent didn’t even have enough pull to get them on Celebrity Apprentice.

Flipping through TV channels (June 11, 2012) I happened upon Dr. Drew, just in time to watch the physician uncomfortably hosting the notorious “psychic medium” James Van Praagh. I say uncomfortably because Dr. Drew Pinsky does not for a moment believe Van Praagh can talk to the dead. So why, in the name of Ethics, you ask, does he have the pretender doing readings on his $how? Can we $olve thi$ my$tery? …

No doubt, as a physician, Pinsky knows that, once the brain is dead, all brain function ceases, and with it the ability to walk, talk, and say “boo!” Never mind the supposed “energy” that Van Praagh and other New Agers blather on about. Any energy given off by the body at death would naturally dissipate. (See my The Science of Ghosts, 2012.) Thus, as an ostensible man of science, Dr. Pinsky certainly tried to keep himself at arm’s length from Van Praagh’s pretend supernaturalism. Pinsky repeatedly referred to Van Praagh as a “self-proclaimed” psychic medium, while describing himself as a skeptic regarding Van Praagh’s purported ability to talk with the dead. “Our methods are completely different,” he insisted. However, he added, “You can be skeptical like I am and still help people.”

But Van Praagh isn’t helping people, he’s fleecing them. 40 years ago, Tom Lehrer introduced a song by referring to a friend of his who was a physician who “specialized in diseases of the rich.” That’s essentially what Pinsky is doing. 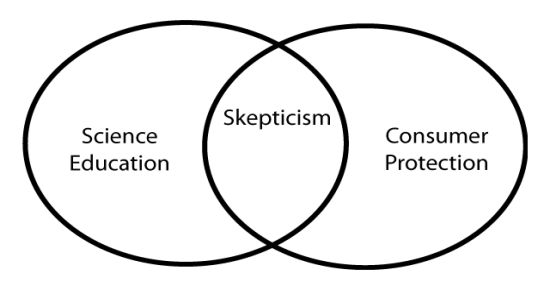