A group of abysmally ignorant state legislators in Kentucky are questioning the validity of the theory of evolution and want creationism to be taught in public schools. And they’re saying all the predictably stupid things you’re used to hearing from such people:

In an exchange with officials from ACT, the company that prepares Kentucky’s new state testing program, those lawmakers discussed whether evolution was a fact and whether the biblical account of creationism also should be taught in Kentucky classrooms.

“I would hope that creationism is presented as a theory in the classroom, in a science classroom, alongside evolution,” Sen. David Givens, R-Greensburg, said Tuesday in an interview…

Another committee member, Rep. Ben Waide, R-Madisonville, said he had a problem with evolution being an important part of biology standards.

Givens said he was satisfied with the response by ACT officials and state Education Commissioner Terry Holliday that evolution was being taught as a theory.

State and federal courts have ruled that creationism is a belief, not science, and therefore should not be taught in science classrooms, but instead in comparative religion classes, Holliday said.

“I think the key is we could debate the science of this forever, but we hope our kids understand the theories behind evolution,” he said. “We think our kids need to be critical thinkers to be able to reason between the two.”

Oh yeah, we should listen to what this idiot says about “critical thinking” — something he is clearly incapable of.

August 20, 2012 Akin: Rape Victims Don't Get Pregnant
Recent Comments
24 Comments | Leave a Comment
"LOL! You still think the election matters! The election is toast. Trump is staying whether ..."
S. Arch Supreme Court Justice Jay Sekulow?
"I agree. It’s been said ´´misery likes company,´´ Peterson comes from being, at the very ..."
Ela Jesse Lee Peterson is a Moral ..."
"My position is the same. Based on the current polls in the swing states, Biden ..."
Gary Whittenberger Supreme Court Justice Jay Sekulow?
"And tonight the WWE smackdown debate. Trump was Trump and polling has so far showed ..."
Yorick Saying Goodbye for the Last Time
Browse Our Archives
get the latest from
Nonreligious
Sign up for our newsletter
POPULAR AT PATHEOS Nonreligious
1 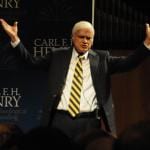 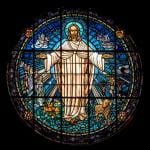 Jill Duggar, the Sexy Bedroom Giveaway, And Free...
Jill Duggar. She's a faith-based reality star. And like many celebrities, she...

Florida Driver Shoots At Car Through His Own...
Last week I reported a story of how a man in Oregon...
view all Nonreligious blogs
What Are Your Thoughts?leave a comment
Copyright 2008-2020, Patheos. All rights reserved.