In news that should surprise absolutely no one, the Guardian is reporting that a 15-month investigation has revealed that Donald Rumsfeld set up a number of secret detention facilities in Iraq where detainees were tortured, and appointed two veterans of the Latin American death squad wars to run the whole thing.

The Pentagon sent a US veteran of the “dirty wars” in Central America to oversee sectarian police commando units in Iraq that set up secret detention and torture centres to get information from insurgents. These units conducted some of the worst acts of torture during the US occupation and accelerated the country’s descent into full-scale civil war.

Colonel James Steele was a 58-year-old retired special forces veteran when he was nominated by Donald Rumsfeld to help organise the paramilitaries in an attempt to quell a Sunni insurgency, an investigation by the Guardian and BBC Arabic shows…

A second special adviser, retired Colonel James H Coffman, worked alongside Steele in detention centres that were set up with millions of dollars of US funding.

The allegations made by US and Iraqi witnesses in the Guardian/BBC documentary, implicate US advisers for the first time in the human rights abuses committed by the commandos. It is also the first time that Petraeus – who last November was forced to resign as director of the CIA after a sex scandal – has been linked through an adviser to this abuse.

Coffman reported to Petraeus and described himself in an interview with the US military newspaper Stars and Stripes as Petraeus’s “eyes and ears out on the ground” in Iraq.

“They worked hand in hand,” said General Muntadher al-Samari, who worked with Steele and Coffman for a year while the commandos were being set up. “I never saw them apart in the 40 or 50 times I saw them inside the detention centres. They knew everything that was going on there … the torture, the most horrible kinds of torture.”

Additional Guardian reporting has confirmed more details of how the interrogation system worked. “Every single detention centre would have its own interrogation committee,” claimed Samari, talking for the first time in detail about the US role in the interrogation units.

“Each one was made up of an intelligence officer and eight interrogators. This committee will use all means of torture to make the detainee confess like using electricity or hanging him upside down, pulling out their nails, and beating them on sensitive parts.”

You can watch a video about it all here. All of this is shocking, not surprising. And in a rational world, it would up the pressure on President Obama for a full investigation into the Bush torture regime and prosecutions of those responsible. But we don’t like in that world. The world we live in is one where neither party gives a damn about principle or the rule of law, they care only about their immediate political futures.

March 8, 2013
FBI Spying on Google Customers Without Warrant
Next Post

March 9, 2013 An Ad Against Marriage Equality
Recent Comments
27 Comments | Leave a Comment
"Ah, wouldn't this violate the new laws being passed about making white kids uncomfortable? They ..."
SPRuis Legislators Pushing Bible Courses in Public ..."
"There is also the factor that "Bible literacy" courses being taught are unfair to other ..."
Hominin Legislators Pushing Bible Courses in Public ..."
"OnlySky is now live: https://onlysky.media/I am adding Ed to my OnlySky authors shortcuts folder so ..."
Thomas Fitzpatrick Saying Goodbye for the Last Time
"Hi ,for anyone wanting to follow the friendly atheist on Onlysky, it will go live ..."
david coxill Saying Goodbye for the Last Time
Browse Our Archives
get the latest from
Nonreligious
Sign up for our newsletter
POPULAR AT PATHEOS Nonreligious
1 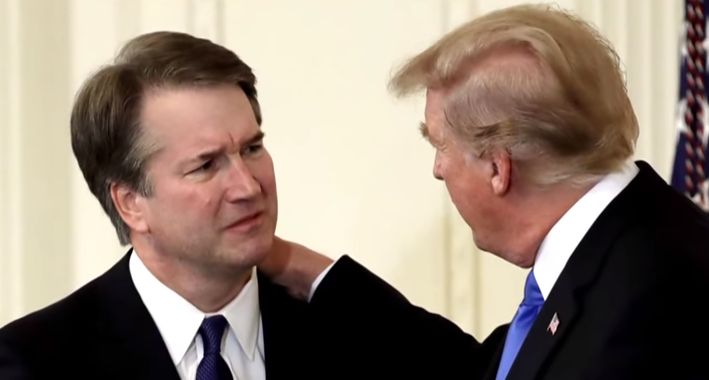