You can always count on the National Organization for Marriage to make a truly ridiculous claim that they wrongly think supports their position. On their Facebook page they posted this graph of marriage rates in the United States, along with this caption:

Marriage rates down, out-of-wedlock birth rates up. Conservatives may have correctly predicted the consequences of same-sex marriage. 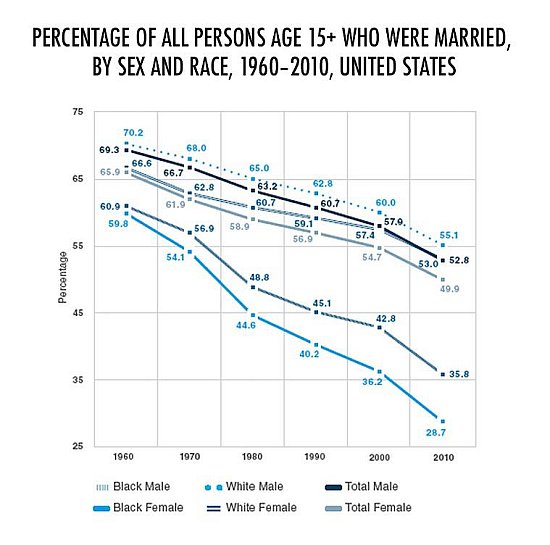 Notice that the downward trend began way back in 1960, long before anyone even conceived of same-sex marriage. So what caused the problem from 1960 to 2003? Were less people getting married in 1970 because they knew that 45 years later, gay people might be allowed to get married? I find it quite amusing that they actually think this graph helps their case. Are they really that irrational or are they just counting on the fact that their supporters are?

April 11, 2013 Biden Baits the Hook
Recent Comments
35 Comments | Leave a Comment
Browse Our Archives
get the latest from
Nonreligious
Sign up for our newsletter
POPULAR AT PATHEOS Nonreligious
1