Christian ‘Patriot’ Says He Has Right to Kill Obama

On Nov. 19, the same day that Larry Klayman held his failed rally of “millions” (more like tens) of people to demand the resignation of President Obama and spark a “second American revolution,” one of his supporters posted on his Facebook page that he had the constitutional authority to kill the president. Everest Wilhelmsen, head of a group called the Christian American Patriots Militia, posted this and later removed it: 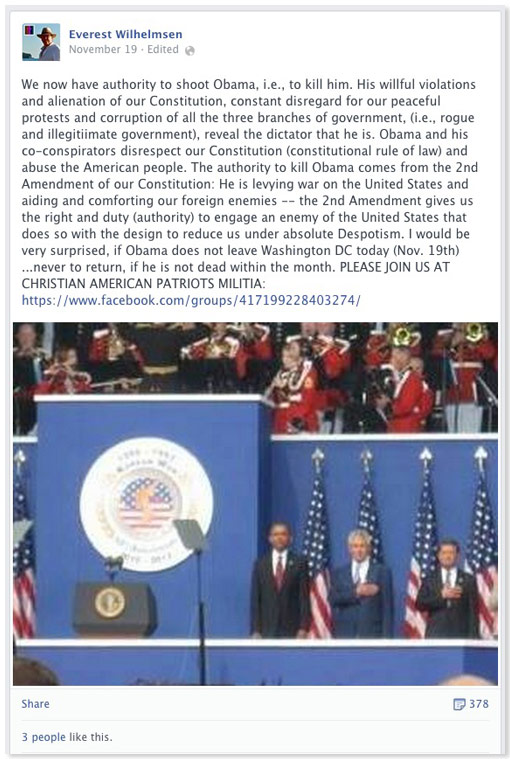 I’m sure Mr. Wilhelmsen has already already received a visit from the Secret Service, which no doubt only fed into his paranoid delusions and anti-government hostility.