Dan Savage bought Sarah Palin’s book weeks ago but lacked the gumption to actually read it until just a few days ago, when he decided to live blog his progress in between baking batches of cookies. The results are predictably hilarious. This passage made me laugh out loud:

Here’s a picture of Sarah Palin’s grandson—who for a time was the most famous fetus on the planet (2008, Republican National Convention)—and a quote:

—My grandson, Tripp Easton Mitchell [Johnston], upon seeing the presents beneath the Christmas tree, 2012”

All this for me—and I wasn’t even that good. Translate that into Latin and it could be on the Palin family’s coat of arms.

Page 5: Here I learn something I didn’t know and, if I were Sarah Palin, something I wouldn’t want anyone to know. But Sarah hustles this fact to the front of the book because she sure as hell wants us to know it: Sarah surprised Todd with a “nice, needed, powerful gun” for Christmas in 2012. It was a “small act of civil disobedience,” Palin writes, prompted by “the anti-gun chatter coming from Washington.”

What was inspiring that anti-gun chatter in Washington in December of 2012? Oh, right: Twenty children and six teachers were shot dead in their classrooms by a deranged asshole with a “powerful gun.” And before the grieving mothers and fathers of Newtown, Connecticut, could put their dead children in the ground, Sarah Palin ran out gun shopping. Buying Todd a gun in the wake of the massacre at Sandy Hook Elementary was “fun,” Palin writes—and, again, an act of “civil disobedience.” Because gun nuts are a persecuted minority.

This paragraph about gun shopping in December of 2012—one first grader at Sandy Hook was shot 11 times—ends with Palin bragging about her tits. I’m not kidding.

Okay, I have to put the book down. I’m five pages into Good Tidings and Great Joy and… Jesus Fucking Christ… I have got to put down this toxic little shitstain of a book. I’m going to go wash my eyes out with hydrogen peroxide. Be right back.

And he nails it here:

I’m still deep in the weeds of the introduction, which is mostly about the special awesomeness that is a Palin Family Christmas: cinnamon buns in the oven, grandchildren playing in the snow, powerful guns and high-capacity ammo clips under the tree. But the Palin family’s Christmas is in danger. Storm clouds are gathering. Sarah fears her family won’t be able to “joyfully and openly celebrate” Christmas with fresh-baked cinnamon rolls and guns powerful enough to murder 20 first graders in five minutes. Years of “relentless attacks” on Christmas—people saying “happy holidays” instead of “merry Christmas,” the ACLU insisting that the First Amendment (“Congress shall make no law respecting an establishment of religion”) applies just like the Second Amendment—are threatening to “drain the joy from our public spaces as well as from our minds and hearts.”

What a fucking drama queen.

There are lots of Americans out there whose religious holidays aren’t also national holidays. The country doesn’t shut down—and public spaces aren’t turned into temples—on Yom Kippur or Diwali or Naw-Ruz. Now, either Jews, Hindus, and Zoroastrians are made of stronger stuff than Sarah Palin… or Sarah Palin is a shit-talking pimp who makes money playing to the carefully cultivated persecution complexes of conservative Christian rubes who wouldn’t know what religious persecution was if it sat on their faces and shit in their mouths. (Maybe that’s not an either/or.)

And if I may: Gay people have been persecuted for years, for centuries, for motherfucking millennia. Really persecuted, primarily by people of faith. And our persecution didn’t take the form of straight people wishing us well but failing to use precisely the right phrase.

The entire thing is a must-read. 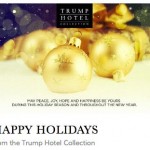 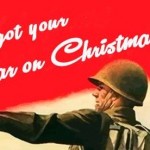