Jim Garrow has been pushing the absolutely bizarre claim that Obama tried to nuke South Carolina but was thwarted by unnamed Pentagon officials, one of whom detonated a nuclear weapon in the Atlantic Ocean to prevent it. Now he has “proof” of that cockamamie theory: 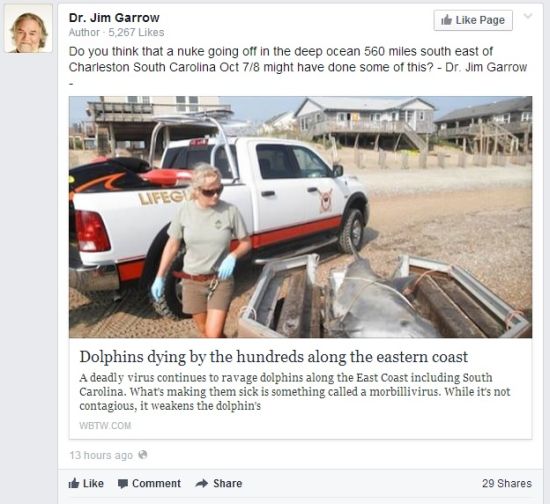 Well Jim, it might have done that if it actually happened. But don’t you think we’d know if a nuclear weapon had detonated in the Atlantic Ocean? Do you think that would have gone completely unnoticed by the entire world? The article you cite says dolphins are dying from a rare virus. Nuclear detonations don’t cause viruses to appear.

January 13, 2014 Another Moron for the Texas BOE
Recent Comments
30 Comments | Leave a Comment
Browse Our Archives
Follow Us!