Do They Ever Stop Lying?

A few months ago, the Air Force Academy decided to allow officer candidates to omit the phrase “so help me God” from their oaths upon graduation. That set off a typhoon of dishonesty and demagoguery that has yet to subside. A huge coalition of Christian right groups put up this billboard near the campus of the academy: 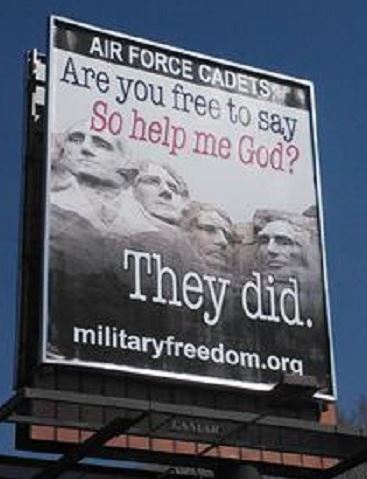 The answer is obvious: Yes, they are free to say “so help me God.” The academy didn’t ban it, they made it optional. I have no doubt that the overwhelming majority of those taking the oath will include it. No one is preventing them from doing so. They aren’t fighting for their right to say it, they’re fighting against everyone else’s right not to say it. Seriously, do they ever stop lying? Ever?

My friends at the Military Religious Freedom Foundation quickly put up this billboard in response: 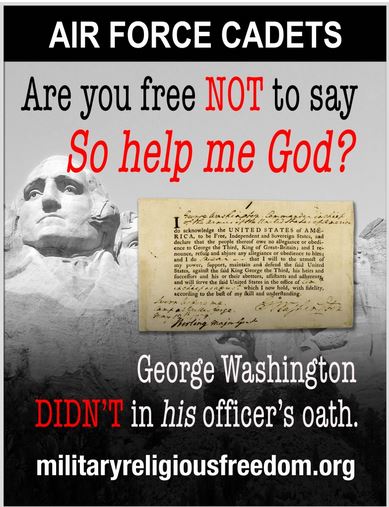