Oh, Bradlee Dean. How I Love You.

On Facebook the other day, weapons grade dumbass Bradlee Dean posted a picture that claims that the word “racism” was a “made up word” (aren’t all words made up?) invented by Leon Trotsky to “browbeat all dissenters of (sic) the communist ideology” and that it’s “still used to this day” to “shut down all nonconformists.” 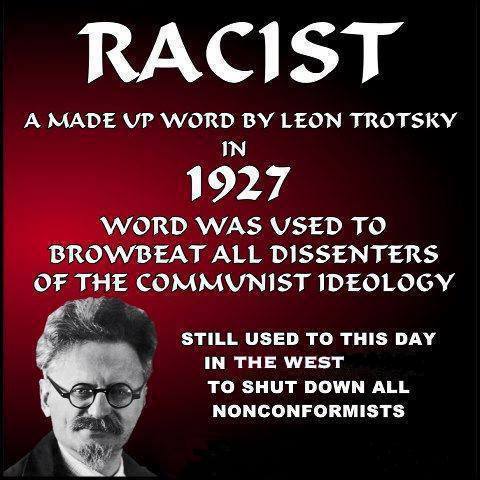 You’re not a “nonconformist,” Bradlee, you’re a moron and a bigot. Have fun paying that $24,000 bill for the legal fees on the ridiculous lawsuit you filed. And good move hiring Larry Klayman, aka the Dumbest Laywer in America Not Named Mat Staver. And you’re also completely wrong on the origin of that word. The first recorded use of the term is from Richard Henry Pratt in opposition to segregation.

This is to be expected, of course. Bradlee Dean is wrong about practically everything. It’s what makes him so endlessly amusing. All of this led to this exchange on Twitter after a friend of mine challenged him on it. Dean posted a link to this article, which claims that a Russian word in something Trotsky wrote in 1930 translates as racist and anyone looking will “never find an earlier usage of the word “racist” than Trotsky’s coinage of the word here.” But that’s wrong. The word appears in English at least 28 years earlier, as the link above shows. So I tweeted that to Dean and much hilarity — and stupidity — ensues.

@BradleeDean1 @RelUnrelated As usual, Dean (and his source) is wrong. http://t.co/hTA7EIBnfV. The word appeared in 1902, 28 years earlier.

@edbrayton @RelUnrelated Are we here asking the devils to tell us the truth? 🙂

@BradleeDean1 @RelUnrelated Whatever the fuck that means. The word appeared 28 years before your pal's bad Russian translation. In English.

@edbrayton @RelUnrelated For all of the useful idiots out there Ed wanted you to know that he approves of Obama care. pic.twitter.com/qkMYPQdzBI

@BradleeDean1 @RelUnrelated Didn't say one word about Obamacare. Is this how you lamely try to distract attention from being wrong? Bravo.

I imagine him sending out a desperate prayer.

Dean: Dear Jesus. Ed Brayton has proven me wrong about something. How shall I handle it?

Jesus: Bring up the devil.

Dean: Got it! That always works!

A little while later:

Dean: Crap, that didn’t work. What do I do now?

Jesus: Call him a communist to change the subject.

May 14, 2014
Anti-Gay Violence has Increased Ten-Fold in Uganda
Next Post

May 14, 2014 The Peter is Threatening to Sue
Recent Comments
26 Comments | Leave a Comment
"The Qur'an demands nothing of the sort, which you would know if you had any ..."
Wulf Nesthead Disagreeing with Seth Andrews: Islamophobia is ..."
"Health insurance is really vital."
Dr. Robert Boehland Study: 45,000 Deaths Per Year Due ..."
"If you are fond of programming, then I would like to advise you an excellent ..."
Alex Clark A Modern Day Plato?
"March Madness again....and missing Ed's basketball love and wisdom...... :-("
ChzBoi Saying Goodbye for the Last Time
Browse Our Archives
Related posts from Dispatches From the Culture Wars