And the Threats Begin Over Christian Veterans Memorial

When I spoke to Steven Hewett the other night, I expressed my hope that no one would threaten him after the King, NC city council decided to settle the suit he filed and remove a Christian statue and flag from a veterans memorial. I knew that was unlikely to happen, of course, and it took a matter of hours before a “patriot” blog in North Carolina did exactly that.

The blog put up a picture of Steven and said, “If anyone finds his address, I’ll post it.” 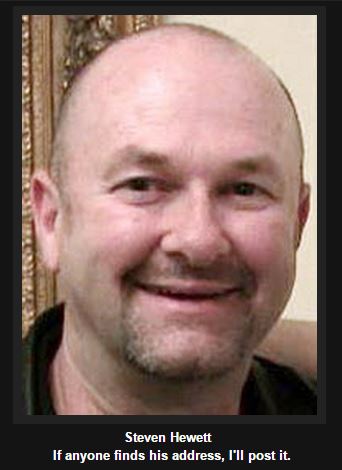 The post was then updated with his address and phone number. And the very first commenter said, “If anyone finds his birthday and mothers maiden name I’ll F#*& up his credit!” Because that’s exactly what Jesus would do. And another commenter says, “Don’t whine. Just whack him.” Someone did blow the whistle on this:

And the dumbass response:

Must be another little commie who opposes free speech.

Threats are not free speech. This is just another illustration of what happens when Christian privilege is challenged. The backlash that results is often threatening and violent.