Alabama Chief Justice Roy Moore, a genuine theocrat who thinks the Bible should be (and is, in his head) the law of the land, is pledging to defy a federal court order striking down that state’s ban on same-sex marriage. And the governor is apparently willing to join him.

Alabama Supreme Court Chief Justice Roy Moore has released a letter to Gov. Robert Bentley saying that he intends to continue to recognize the state’s constitutional ban on same-sex marriage and urging the governor to do so…

“As Chief Justice of the Alabama Supreme Court, I will continue to recognize the Alabama Constitution and the will of the people overwhelmingly expressed in the Sanctity of Marriage Amendment,” Moore wrote.

“I ask you to continue to uphold and support the Alabama Constitution with respect to marriage, both for the welfare of this state and for our posterity,” Moore continued at the end of the letter. “Be advised that I stand with you to stop judicial tyranny and any unlawful opinions issued without constitutional authority.”

Bentley issued a statement today after Moore’s letter was released.

“The people of Alabama elected me to uphold our state Constitution, and when I took the oath of office last week, that is what I promised to do,” the governor said.

“The people of Alabama voted in a constitutional amendment to define marriage as being between man and woman. As governor, I must uphold the Constitution. I am disappointed in Friday’s ruling, and I will continue to oppose this ruling. The Federal government must not infringe on the rights of states.”

January 28, 2015
Lively Declares the Death of 'Christian Civilization'
Next Post

January 29, 2015 Delaware Issues Darwin Day Proclamation
Recent Comments
28 Comments | Leave a Comment
Browse Our Archives
get the latest from
Nonreligious
Sign up for our newsletter
POPULAR AT PATHEOS Nonreligious
1

19 Kids and Behaving Badly? The Duggar Family
This just popped up for me on Reddit. It's a Redditor who... 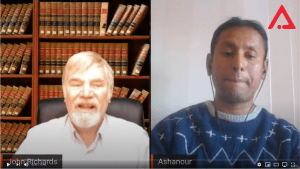 Daren't go Back 2
This young man, Ashanour Rahman, has a harrowing story to tell. He...
view all Nonreligious blogs
What Are Your Thoughts?leave a comment
Copyright 2008-2020, Patheos. All rights reserved.