That Idaho congressman who thinks that swallowed pills travel to the vagina may not be the dumbest state legislator this week. A state legislator in Nevada said on a radio show that she thinks cancer is a fungus and can be cured by saline and baking soda IVs.

Fiore, who is also CEO of a healthcare company, told listeners to her weekly radio show on Saturday, that she will soon introduce a “terminally ill bill,” to allow more non-FDA-approved treatments for those diagnosed as having terminal illnesses.

As first reported by Jon Ralston, Fiore told listeners: “If you have cancer, which I believe is a fungus, and we can put a pic line into your body and we’re flushing, let’s say, salt water, sodium cardonate [sic], through that line, and flushing out the fungus… These are some procedures that are not FDA-approved in America that are very inexpensive, cost-effective.” The American Cancer Society warns that while cancer patients whose immune systems are weakened by high doses of chemotherapy can sometimes contract fungal infections, “there is no evidence that antifungal treatment causes the patients’ tumors to shrink.” Cancer Research UK dismisses the claim that sodium bicarbonate (baking soda) can cure cancer as a debunked “persistent cancer myth.” 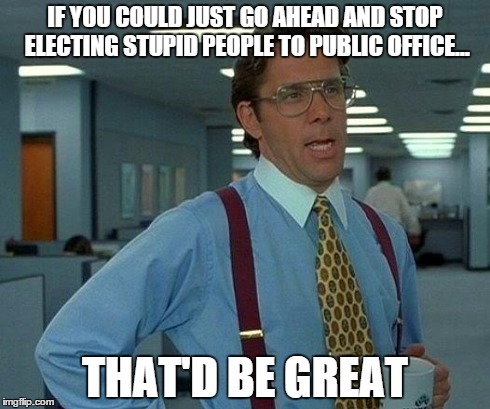 February 25, 2015
Barton Even Lies About His Lies Being Vindicated
Next Post

February 25, 2015 I Was Wrong about Obama and the Keystone Pipeline
Recent Comments
20 Comments | Leave a Comment
"JALY5vN.org"
aditi New Fox Anchor a Q Anon ..."
"Your argument is "Things exist, therefore God," and you just simply believe that there has ..."
Alex Zer0 And Yet Another Stupid Atheist Meme
"Oh hell. Just now got back here. Requiescat in pace, Ed, or just feed the ..."
(((Hornèd Pontilibratificus))) Saying Goodbye for the Last Time
"So many religious comments from muslims and the atheist religion..."
Drakenfly Carson: Islam Not a Religion, but ..."
Browse Our Archives
get the latest from
Nonreligious
Sign up for our newsletter
POPULAR AT PATHEOS Nonreligious
1