Andy Borowitz is one of the funniest political satirists around. On March 24, he posted a hilarious column about Obama signing an executive order removing Ted Cruz’ eligibility for health insurance under the Affordable Care Act. A conservative site called QPolitical fell for it and published an article, without giving the source as Borowitz, saying the same thing:

In the midst of ISIS, Hillary, and Bergdahl- Obama has found time to make an executive order banning Ted Cruz from Obamacare. This is ridiculous.

The dramatic action is Obama’s response to Cruz’s discussion about Obamacare with CNN. Cruz expressed his displeasure with being forced to sign up for Obamacare- like infinite politicians have previously. But for some reason Obama felt this extraordinary measure of singling out Cruz was necessary.

“Clearly the hardship of receiving Obamacare was causing Ted a great deal of pain. This should take care of that,” Obama said.

And the commenters proceeded to spew all manner of stupidity and racism in response. The comments seem to have been removed from the article, but no correction has been made. Fortunately, screengrabs of those comments were made: 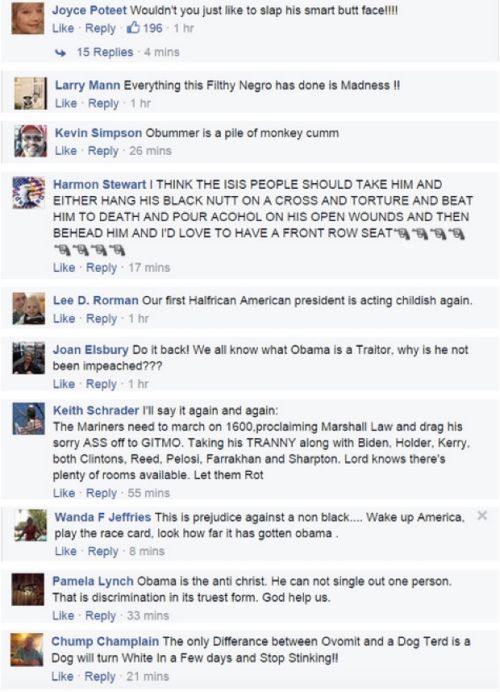 They all seem very nice and reasonable, don’t they?

April 2, 2015 The Totally Meaningless RFRA 'Clarification'
Recent Comments
29 Comments | Leave a Comment
"JALY5vN.org"
aditi New Fox Anchor a Q Anon ..."
"Your argument is "Things exist, therefore God," and you just simply believe that there has ..."
Alex Zer0 And Yet Another Stupid Atheist Meme
"Oh hell. Just now got back here. Requiescat in pace, Ed, or just feed the ..."
(((Hornèd Pontilibratificus))) Saying Goodbye for the Last Time
"So many religious comments from muslims and the atheist religion..."
Drakenfly Carson: Islam Not a Religion, but ..."
Browse Our Archives
get the latest from
Nonreligious
Sign up for our newsletter
POPULAR AT PATHEOS Nonreligious
1