Trump Clothing Line Made in China AND Mexico

As Donald Trump continues to rail about the evils of China and Mexico taking away American jobs because American companies build factories there, his hypocrisy comes out more and more. A few weeks ago it was revealed that the dress shirts for his line of clothing were made in China: 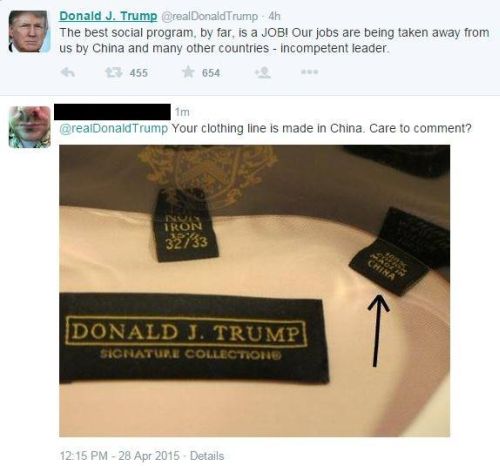 And now we know that his suits are made in Mexico: 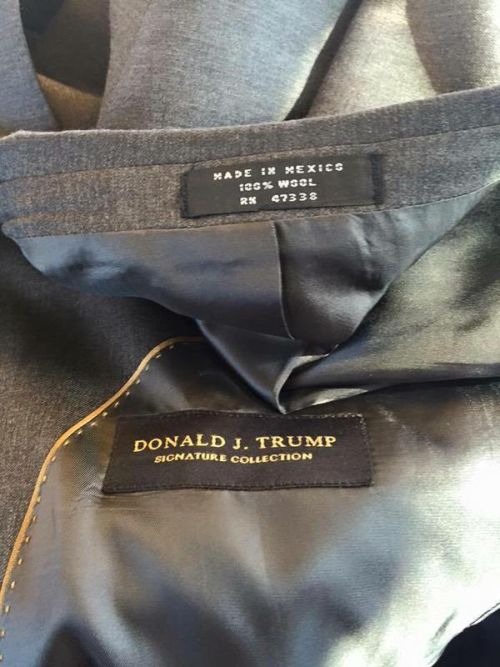 But he’s totally absolved of this hypocrisy, he thinks, because he wasn’t happy about this fact: 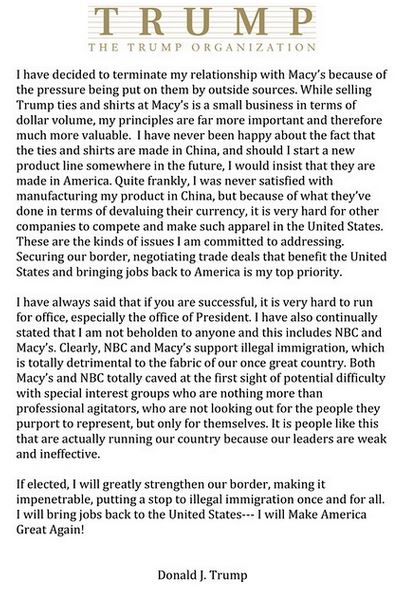 Let me translate that for you: If I had ensured that they were made in America, it would have cost more to make them and that means I would have made less profit. And since $4 billion is not enough for me, I decided to do the very thing I am now claiming is destroying our economy so I could make even more money. Gosh Donald, that’s a brilliant excuse!

July 4, 2015 Manning Supports the Confederacy to Stop the 'Sodomy Agenda'
Recent Comments
19 Comments | Leave a Comment
"JALY5vN.org"
aditi New Fox Anchor a Q Anon ..."
"Your argument is "Things exist, therefore God," and you just simply believe that there has ..."
Alex Zer0 And Yet Another Stupid Atheist Meme
"Oh hell. Just now got back here. Requiescat in pace, Ed, or just feed the ..."
(((Hornèd Pontilibratificus))) Saying Goodbye for the Last Time
"So many religious comments from muslims and the atheist religion..."
Drakenfly Carson: Islam Not a Religion, but ..."
Browse Our Archives
get the latest from
Nonreligious
Sign up for our newsletter
POPULAR AT PATHEOS Nonreligious
1