In the least surprising news of the week, former Marine Pete Lanteri, who organized a group of conspiracy nut “patriots” to keep a close eye on the Jade Helm 15 military exercises going on throughout the south right now, is a bigot who just loves the idea of killing people liberals and launching another civil war.

After it was revealed that he had attacked “libs” and, really weirdly, “conspiracy nuts” (what the hell is he if not a conspiracy nut?) as part of the “90% of useless fucking Americans” and that he “can’t wait to kill thousands of these fucks,” he went on the Alan Colmes show and said he’s just a “hothead” and that those are “rare examples.” Turns out, not so much:

A quick pass through Lanteri’s public Facebook page revealed that those posts were not rare examples, though. The “Counter Jade Helm” leader over the past several months has spouted off about everything from a “war on whites” to a fantasy about Fox News pundit Geraldo Rivera getting killed in last month’s massacre at a historic black church in Charleston, South Carolina. 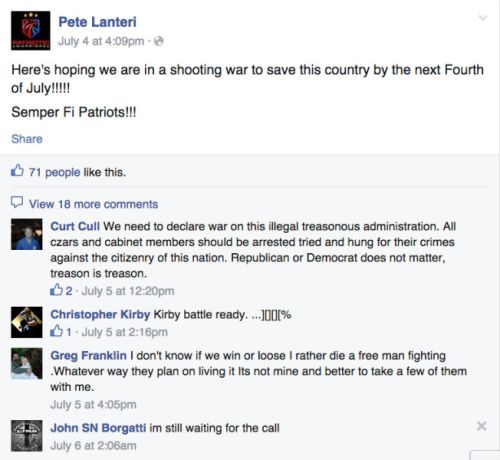 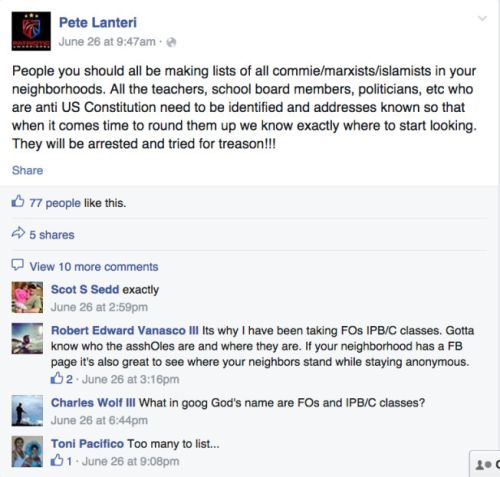 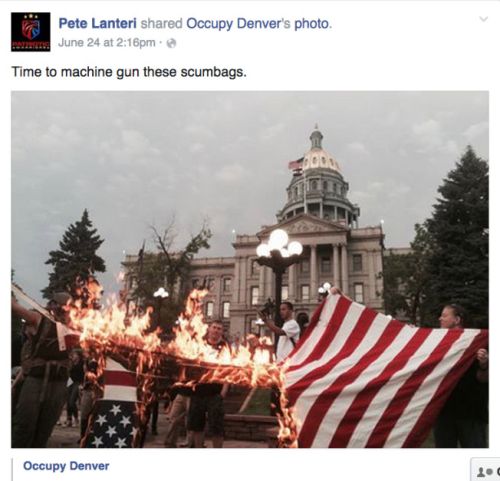 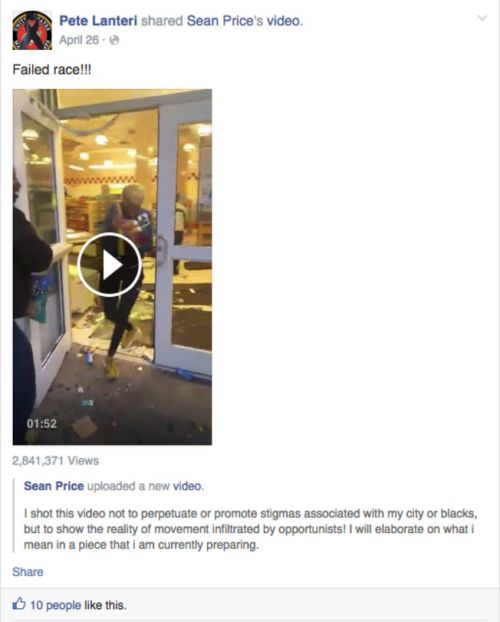 So a racist “patriot” who fantasizes about murdering other people by the thousands. Anyone surprised?

July 21, 2015 'Psychics' and the Art of 'Leveraging Intuitive Guidance'
Recent Comments
0 | Leave a Comment
"Ah, wouldn't this violate the new laws being passed about making white kids uncomfortable? They ..."
SPRuis Legislators Pushing Bible Courses in Public ..."
"There is also the factor that "Bible literacy" courses being taught are unfair to other ..."
Hominin Legislators Pushing Bible Courses in Public ..."
"OnlySky is now live: https://onlysky.media/I am adding Ed to my OnlySky authors shortcuts folder so ..."
Thomas Fitzpatrick Saying Goodbye for the Last Time
"Hi ,for anyone wanting to follow the friendly atheist on Onlysky, it will go live ..."
david coxill Saying Goodbye for the Last Time
Browse Our Archives
get the latest from
Nonreligious
Sign up for our newsletter
POPULAR AT PATHEOS Nonreligious
1