I’m not certain whether I’ve written about this particular study about drug-sniffing dogs, but I know I’ve written about similar ones. It’s a very cleverly designed experiment that reveals how police officers who handle the dogs continually trigger false “alerts” by the dogs whenever they think there are drugs in a place. They may not even be aware that they’re doing it, but this study undeniably proves that they do:

A groundbreaking study into the behavior of sniffer dogs and their handlers published by Lisa Lit in the journal Animal Cognition in 2011 supports my suspicion. Researchers tested drugs dogs and their handlers with a couple of Machiavellian tweaks to standard study protocol: Firstly, there were no drugs; secondly, the handlers were told that there were drugs hidden in various places inside a church, labelled by sheets of red paper.

In order to trick the dog handlers into believing that they were participating in a genuine drugs study, the researchers carried a box of 12 genuine triple-wrapped half-ounce bags of cannabis past the handlers while they pretended to set up the experiment. In reality the box was never even opened inside the church. Instead of drugs, sausages were placed in some of the various hidden locations around the church. Some of these locations were labelled as containing drugs — indicated by a sheet of red paper, while some locations that were labelled as containing drugs contained neither drugs nor sausages. The experiment was double blind; the experimenters were not aware whether a location was a decoy containing a pair of sausages or a decoy containing what the handlers had been led to believe was cannabis.

Despite there never being any drugs whatsoever in any of the locations used in the experiment, 225 alerts were issued by the 18 handlers and their dogs, every single one of which was, of course, a false alarm. To the dogs’ credit, the dogs were not swayed by the sausages, but to the handlers’ discredit, there were drastically more false alarms wherever the red markers told the handlers that there would be drugs.

And yet the Supreme Court has repeatedly ruled that if a dog “alerts” to the presence of drugs, that fact alone is enough to establish probable cause for a search of the car, home or wherever the alert takes place. The court has completely ignored study after study that shows how unreliable this form of “evidence” is, resulting in yet another gaping hole in the 4th Amendment. 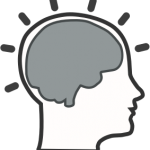 August 24, 2015 Campaign Zero: A Great Start on Criminal Justice Reform
Recent Comments
0 | Leave a Comment
""Ed not only didn't hate values, he consistently and laudably argued we should adhere to ..."
Jose Antonio Saying Goodbye for the Last Time
"A lot of brainwashing."
Atheisticus Yes, the Bible Does Say to ..."
"Because of all the prophecies that have never been fulfilled."
Atheisticus Yes, the Bible Does Say to ..."
"Although solar energy and solar panels have long been considered unknown technology for anyone. Greetings ..."
Anny Wiliams The Practical Path to Clean Energy
Browse Our Archives
get the latest from
Nonreligious
Sign up for our newsletter
POPULAR AT PATHEOS Nonreligious
1