Did Trump Swear Off a Third Party Run?

Donald Trump made a big public show of signing a loyalty pledge to the Republican party saying that he would not run as an independent or third-party candidate if he fails to win the party’s presidential nomination. He held a press conference at Trump Tower in New York City and announced that he was “totally pledging my allegiance to the Republican Party.”

The billionaire businessman said Thursday he had signed the Republican National Committee’s “Loyalty Pledge,” which says he will support the eventual nominee and not run as an independent or on another party line.

“I will be totally pledging my allegiance to the Republican Party and the conservative principles for which it stands,” said Trump.

Trump made his announcement at the Trump Towers lobby in New York City after meeting with RNC Chairman Reince Priebus. While many had expected Trump would sign the pledge, one GOP source stressed this morning that, “With Trump, nothing is certain until it’s final.”

I don’t believe it for a second. I mean, I believe he signed the pledge, but that doesn’t mean he’ll honor it. It has no force of law. And he only did it because if he hadn’t, he would not have been allowed to run in some state primaries:

Trump said he has “no intention” of changing his mind about the pledge, because the Republican Party had treated him very fairly since his June 16 announcement.

“I see no circumstances under which I would tear up that pledge,” he said…

Given Trump’s history, though — even with his insistence he won’t renege — it’s not a given that he won’t mount a third-party run — or that he’ll even stand by this one. The RNC pledge isn’t legally binding, and there’s nothing holding him to it if he decides at a later date the party isn’t treating him fairly.

The move appeared to be aimed at making sure he qualifies for early primary ballots. South Carolina, which holds the first primary in the South, has a similar pledge affixed to its ballot qualifications, which must be submitted by the end of September…

Bottom line — Trump has to sign these pledges if he wants to be considered a serious candidate in the short run. He wouldn’t even be able to get on the GOP ballot in some important states like South Carolina and possibly Virginia and North Carolina, which are also considering loyalty pledges.

Whether those are enforceable is another matter.

They aren’t. And Trump would not hesitate to change his mind. Or as Lizz Winstead put it on Facebook, “The ‘Loyalty Pledge’ the GOP demanded of Trump will last slightly longer than the ‘Virginity Pledge’ they demand of their daughters.” 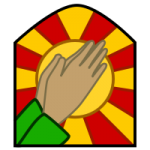 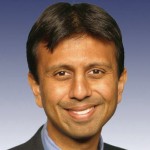