Michael Peroutka, former Constitution Party presidential candidate, local Maryland official, former board member of the neo-Confederate and white nationalist League of the South, and a dyed-in-the-wool Christian Reconstructionist and theocrat, spoke at an impromptu rally for Kim Davis outside the jail where she is being held. He gave an unapologetic argument in favor of a Christian theocracy to wild applause and cheers from the audience.

Clerk Kim Davis has given all believers a lesson in faithfulness and perseverance. Now here’s the other point I want you to think about. Kim Davis is also giving the entire country a civics lesson. Because she knows what federal judges either don’t know or don’t care to recognize, and that is that God is the source and the author of law and government, and that any purported law that is not harmonious with his word can’t be law and is not law.

This exact same statement could have been said by a Muslim if you merely substituted Allah for God (which means the same thing in Arabic, of course). This is Christian Sharia law in all its glory. It’s virtually identical to similar statements made by other right-wing Christians like David Barton, but there’s a difference here. Barton won’t be as honest as Peroutka about it. Peroutka will flat out argue that the Mosaic law of the Old Testament should be the civil and criminal law of the United States. Barton will imply that all day long, but he won’t just come out and say it. He’ll pretend that his theocratic views are compatible with freedom and democracy. 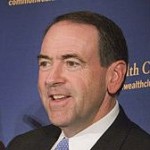 September 9, 2015 Bailey is Back With More 'Warrior Chieftain' Nonsense
Recent Comments
0 | Leave a Comment
"The Qur'an demands nothing of the sort, which you would know if you had any ..."
Wulf Nesthead Disagreeing with Seth Andrews: Islamophobia is ..."
"Health insurance is really vital."
Dr. Robert Boehland Study: 45,000 Deaths Per Year Due ..."
"If you are fond of programming, then I would like to advise you an excellent ..."
Alex Clark A Modern Day Plato?
"March Madness again....and missing Ed's basketball love and wisdom...... :-("
ChzBoi Saying Goodbye for the Last Time
Browse Our Archives
Related posts from Dispatches From the Culture Wars