Saying Goodbye to Someone I Love Dearly

Saying Goodbye to Someone I Love Dearly September 17, 2015 Ed Brayton 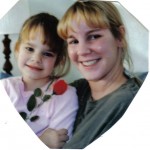 Last night one of the people I love most in this world died. Her name was Connie Adams and she has been one of my two closest friends for nearly two decades. I was by her side in hospice care since Sunday, but I had to leave for home shortly before she passed for a doctor’s appointment. I want to tell you about my friend and what she meant to me.

I have a lot of jumbled feelings about this, so this may ramble a bit. I’ve been writing it bit by bit for the last week. When I think about the words that I would use to describe her, there are many. She was so extraordinarily kind and thoughtful and she always had terrible guilt if she had to ask anyone for anything, or if she was a burden on someone for any reason. I don’t know how many times I’ve said to her, “Connie, if the tables were turned and someone else needed this kind of help and you could provide it, would you do it?” And she’d say, “Of course I would.” And I’d say, “Then accept it from those who love you. We/they are doing no more than you would do if you could.” And that would usually make her feel better about it.

She was dealt an extraordinarily bad hand in life. She was a Type 1 diabetic, but even worse off than the usual victim of that disease. She was what they call a brittle diabetic, which meant that her blood sugar would bounce wildly up and down without warning. I’ve seen her go from a blood sugar level of 100 to 800 in a matter of a few minutes. I’ve had to catch her from falling because halfway up a flight of stairs, she’d just pass out. She also had epilepsy, a cardio mitrovalve problem and a few other intersecting, chronic medical conditions.

She knew quite well that she would not live a long life. We had discussed this many times over the years. She had two daughters and she told me when they were young that her only goal was to live long enough to see them to adulthood. Achievement: Unlocked. When she turned 40 a few years ago, someone asked her if she was upset about hitting that age we put so much emphasis on, especially for women. She laughed and said, “Are you kidding? I never thought I’d live to see 40. I’m thrilled to be turning 40.”

She knew that it would have to end this way, that at some point it would simply get to be too painful and difficult to keep going. The last few years, she was being hospitalized more and more often, usually because of the damage done to her gastro-intestinal system. She was suffering from gastroporesis, which resulted in her throwing up blood and having to be taken to the hospital. She also had to be hospitalized when her blood sugar stayed too high for a long time and she couldn’t keep it under control.

She could live with that occasionally, but this last time was the worst. She’d been in the hospital for a month straight and had not had solid food in more than six weeks. For a long time, the worst of her suffering was confined to a relatively small portion of her time and the rest of the time she was, for the most part, okay (though in more discomfort on a daily basis than I’ve ever been in my life). But over the last few years, the bad times got longer and longer and the okay times got shorter until she finally could not take it anymore.

She made the decision, very calmly and peacefully, to end it. She committed suicide, really. She stopped taking her insulin and her tube feedings that were sustaining her. She wanted to go home from the hospital and just be kept in as little pain as possible until the end. She wanted only a few of us to be there, those who were closest to her. Several days before she made that decision, I was visiting her and the feeding tube they had put in was leaking into her abdomen. They decided to do surgery to fix that problem. They took her to ER to prep her, but before they put her under she asked to see me so they came to the waiting room and got me.

When I got to her bedside, she was very lucid and clear. She was almost cheerful. I told her I loved her and that the doctors were going to take good care of her. And she looked me in the eyes and said, “Ed, it’s okay if they don’t. It’s okay. I’m ready now.” That was when I knew this was something she was seriously considering. She kissed me on the cheek and told me she loved me. She then called in Jim, her boyfriend, and said the same to him. While she was in surgery, he and I went out for a bite to eat and talked about it. We hoped that once they fixed the feeding tube, she’d be able to get nutrition again and would start to feel stronger and it would give her the energy to keep going.

But I also told Jim then and in several conversations over the next few days that if she made that decision, we had to support it. I knew that no matter when it happened, we were always going to feel like it was too soon and we were always going to want her to keep going. But neither of us has to live her life. Neither of us goes through what she goes through on a daily basis. And it’s so very easy to substitute our own wishes for hers because we don’t want to lose her. But in a situation where she has always had so little control, allowing her to control how it ends was absolutely crucial.

So yes, she essentially committed suicide. And you know what I don’t ever want to hear someone say again? “Oh, that’s the coward’s way out. She took the easy way out. Suicide is just selfishness.” If you believe that, fuck off. Selfish would have been demanding that she prolong her suffering because we didn’t want to lose her. There was nothing easy about the decision she made and there certainly wasn’t anything selfish or cowardly about it. She made the perfectly rational choice to end her pain and suffering. And we made the humane and loving choice to support her in doing so.

Another word that comes to mind is funny. She had an outrageous sense of humor that wasn’t for everyone. She delighted in putting people in embarrassing situations, probably because she could not be embarrassed. It kind of acted as a friend filter for her — if you could hang with her making a spectacle out of herself and you and laugh about it, you passed the test. She could be incredibly funny and outrageous and I loved that about her. Even on her deathbed, she did not lose her sense of humor at all. She was making us laugh until the end.

Lastly, the word tormented comes to mind. In addition to her medical problems, she suffered a horribly traumatic experience as a young girl that I won’t go into detail about here. I’ll be blunt: She was fucked up. And she’d be the first one to tell you that. But I’ll let you in on a little secret: We’re all fucked up. And the people who seem the least fucked up are often the most fucked up, they’ve just learned to cover it up well.

Being fucked up isn’t the worst thing you can be. In fact, it’s pretty normal. Being cruel is much worse. Being malicious is much worse. But Connie was a kind, gentle, generous person who did not dwell on her own problems but was always eager to help you overcome yours.

Losing the people that you love never really gets any easier. Seeing them suffer and knowing that the end is near is as painful and difficult the 4th time (for me, so far) as it is the 1st time. And as an atheist, I don’t get to use all the little platitudes that we’ve created to make ourselves feel better in times like this. All I can do is take solace in the fact that her suffering had ended and that she was the one who had the final say on how and when.

I can also remember all of the good times over the last 17 years, all of the joy and laughter and love in our friendship. We’ve been to hell and back, metaphorically, over that time. It was never an easy relationship for a lot of reasons, but the pain we caused one another at times is overwhelmed by the happiness we brought one another. She probably knows me better than anyone else in the world. All those things that we don’t share with other people, all those dark secrets that we keep under wraps, she knows mine and I know hers. And yet we still loved one another, always, flawed as we each are.

We mortals are but shadows and dust, so the saying goes. We exist here for a brief moment. But a moment is enough if it is filled with love and laughter and joy.