Gamrat to Run For Seat She Was Just Expelled From

Gamrat to Run For Seat She Was Just Expelled From September 18, 2015 Ed Brayton

The Greatest Political Scandal Ever is going into overtime! Cindy Gamrat, half of the twosome that manage to totally disgrace themselves by having an affair while claiming that Christianity is the only source of morality, then cooking up a bizarre scheme to cover it up by planting a fake story about her lover being caught with a gay prostitute, is going to run herself in the special election called after she was expelled from the Michigan House.

Gamrat, R-Plainwell, is among five candidates who have filed for the 80th District race ahead of the Friday afternoon deadline, according to the Allegan County Clerk’s Office.

She did not immediately respond to a request for comment…

Courser, R-Lapeer, said Wednesday that he had not decided whether he will run again in the 82nd District special election. He had not filed any paperwork as of Thursday afternoon, according to the Lapeer County Clerk’s Office, and he did not return a call seeking comment.

Primaries for both open House seats will take place Nov. 3, and the general elections will follow on March 8. 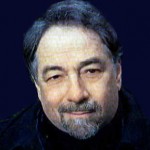 September 18, 2015 Savage: Pope Francis and Bernie Sanders = Pol Pot
Recent Comments
0 | Leave a Comment
Browse Our Archives
get the latest from
Nonreligious
Sign up for our newsletter
POPULAR AT PATHEOS Nonreligious
1