The Worldnetdaily’s Problem With Cause and Effect

A couple weeks ago, a weather system formed in the Atlantic ocean that was named Tropical Storm Joaquin, which has since gained strength and become a hurricane. On Wednesday, a Palestinian leader spoke at the United Nations and the Palestinian flag was flown over the UN headquarters, as is customary. The Worldnetdaily thinks the second thing caused the first thing and they quote “experts in Biblical prophecy” talking about it.

Wednesday’s announcement by Palestinian leader Mahmoud Abbas that the Palestinians will no longer abide by the Oslo Accords and the raising of the flag of Palestine for the first time over the United Nations in New York could be ominous signs for the future of peace in the Middle East, say experts in Bible prophecy.

Jonathan Cahn, author of the New York Times bestsellers “The Harbinger” and “The Mystery of the Shemitah,” said the flag raising is a significant symbolic moment in history.

William Koenig authored the 2004 book, “Eye to Eye: Facing the Consequences of Dividing Israel,” which documented the rise of punishing hurricanes whenever the U.S. turned toward anti-Israel or pro-Palestinian policies.

Koenig finds it more than coincidental that a tropical depression formed in the Atlantic on Sunday night, as the world was observing the super blood-moon eclipse on the biblical feast of Sukkot.

Of course he does. But then again, these “experts in Biblical prophecy” are always making ridiculous connections between things have nothing to do with one another. The headline of this article is “Palestinian flag flies over U.N. as hurricane brews in Atlantic.” It could as easily, and legitimately, have said, “Palestinian flag flies over U.N. as the Mets clinch the division.”

And why would God punish people who had nothing to do with it anyway? Why would he send a hurricane to do damage to the Bahamas over the U.N. putting the Palestinian flag up? Who does he think he is, George W. Bush? 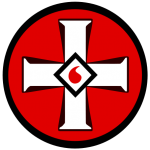 October 2, 2015
Not Racist Texan Paints 'White Power' and 'KKK' on His Fence
Next Post

October 2, 2015 Trump: I'll Send All the Syrian Refugees Back
Recent Comments
0 | Leave a Comment
"Wow, Sean Hannity is getting old. I remember when he used to look different...https://assets.change.org/p..."
Unbound Sean Hannity: Trump Political Operative
"This essay is worth reading. https://idanlandau.files.wo..."
Sanford Sklansky Sean Hannity: Trump Political Operative
"and Matt Barber of course"
GShelley Sekulow Goes on Indignant Rant After ..."
"Sekulow is Rudy Guiliani in a better suit."
steveiam Sekulow Goes on Indignant Rant After ..."
Browse Our Archives
Follow Us!

Nonreligious
Amedia: Opposition to Trump is Demonic Attempt to...
Dispatches From the Culture Wars

Nonreligious
Wingnut: Trump is a Prophet, Critics the Pharisees
Dispatches From the Culture Wars