The barbaric Islamists in Bangladesh has now moved on from killing atheist bloggers and writers to killing those who publish their work. They attacked two publishing houses in Dhaka, the capital city of Bangladesh, killing one and injuring several others with machetes. The International Humanist and Ethical Union reports that the attacks were coordinated and carried out by people pretending to be customers.

In what now appears to be a coordinated attack, at least one person has been killed and three people have been injured, in two attacks on publishing houses in Dhaka, Bangladesh this afternoon.

First, three men, all secular bloggers, one also a publisher and another also a poet, were attacked at Shuddho-Shor, a publishing house for progressive and secular books in the Lalmatia neighborhood of Dhaka. The attackers were armed with machetes and firearms, and it is likely the publisher Ahmed Rashid Tutul, who had received direct death threats from Islamists unhappy with output, was the primary target. The six or so attackers appear to have tricked their way in representing themselves as book-buyers.

Second, this was followed by a further attack against Jagriti publishing house in the Shahbag neighborhood. The publisher Faysal Arefin Dipon is reported to have been killed. Jagriti publishes on a broad range of topics, and had published Avijit Roy’s Philosophy of Disbelief, first published by Shuddho-Shor.

Those attacked at Shuddho-Shor were rushed to hospital. Tareq Rahim, the poet, is the most critically injured from the Shuddho-Shor attack, according to accounts from the hospital. The publisher Ahmed Rashid Tutul may also be in critical condition. Ranadipam Basu posted to his Facebook immediately after the attack, confirming he is alive and breaking the news.

The attacks today by at least one group of armed assailants armed with machetes and firearms, appears to conform to a string of recent murders targeting secular writers, always with machetes or cleavers, which in 2015 has taken four lives: Avijit Roy in February, Washiqur Rahman in March, Ananta Bijoy Das in May, and Niladri Chatterjee (aka Niloy Neel) in August. In 2013, blogger Ahmed Rajib Haider was hacked to death, and blogger Asif Mohiuddin was similarly attacked, but survived, and was then arrested over his atheist writing…

IHEU Director of Communications, Bob Churchill, comments: “We know what comes next because we’ve seen it before. In a few weeks or months, police and media will perform a merry dance, arresting and parading a few different groups or individuals detained in connection with the latest attack. They’ll parade someone for the cameras. Then there will be no trial, no true justice. And the same thing will happen again and again.

“How many more times must we see these bloody and callous acts of hatred before the authorities wake up to the true problem. Officials must stop threatening to arrest, and stop blaming atheists themselves for writing books and blogs. To victim-blame them will continue to empower the fundamentalist killers and undermine the very basis of secular democracy itself.

“Though there are many similarities with earlier outrages, today’s coordinated attacks may represent a significant emboldening and an up-step in the campaign to terrorize and silence the voices of humanists, atheists and secularists. The Bangaldeshi authorities must now accept that their failure to achieve justice and the appeasement of fundamentalist violence is not working, and is costing life after life.”

This all makes me feel so powerless. As long as the government in Bangladesh does little to nothing to prevent such attacks and as long as Islamists feel emboldened to carry them out, there is nothing we can do to help the victims and prevent such carnage. 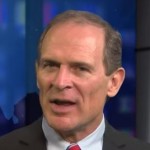 November 2, 2015 No, Everything Doesn't Happen for a Reason
Recent Comments
0 | Leave a Comment
Browse Our Archives
get the latest from
Nonreligious
Sign up for our newsletter
POPULAR AT PATHEOS Nonreligious
1