In a closing keynote address to the conference this evening, Swanson clarified that he is not encouraging American officials to implement the death penalty for homosexuality … yet.

How magnanimous of you! 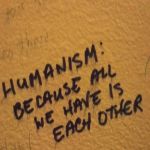 November 10, 2015 Seth Andrews and Nate Phelps Made Me Cry
Recent Comments
0 | Leave a Comment
"The Qur'an demands nothing of the sort, which you would know if you had any ..."
Wulf Nesthead Disagreeing with Seth Andrews: Islamophobia is ..."
"Health insurance is really vital."
Dr. Robert Boehland Study: 45,000 Deaths Per Year Due ..."
"If you are fond of programming, then I would like to advise you an excellent ..."
Alex Clark A Modern Day Plato?
"March Madness again....and missing Ed's basketball love and wisdom...... :-("
ChzBoi Saying Goodbye for the Last Time
Browse Our Archives
Related posts from Dispatches From the Culture Wars