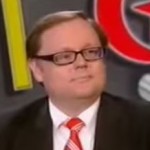 What is absolutely clear about the right wing at this point is that they know the only way they can win is with demagoguery. Their only strategy on virtually everything is hyperbole and hysteria and they are really cranking it up in the wake of the Paris attacks. Todd Starnes, Fox News’ resident hysteric, shows how it’s done with his claim that Obama would rather see an American city nuked than profile a single terrorist.

In an interview with St. Louis radio host Jamie Allman this morning, Starnes first claimed that Muslims hadn’t done enough to denounce 9/11 and the recent terrorist attacks in Paris and then absurdly claimed that the Obama administration “objects” to vetting refugees.

“I just think it’s prudent to take your time and vet these people coming into the country,” he said. “And the Obama administration objects to this, but the fact of the matter is it may be a moot point, Jamie, we just don’t know who’s been coming across our southern border and I suspect that we’ve got a lot of these folks just lurking and living among us.”

This seems to be the lie du jour for conservatives, this idea that we aren’t vetting the Syrian refugees at all. It’s one thing to argue that the vetting process isn’t foolproof, which would be true. No vetting process could possibly be. But to argue that it isn’t being done, or that the Obama administration doesn’t want any vetting to be done, is such a blatant lie that it should kill someone’s credibility forever. But in today’s right wing, there is no such thing as a loss of credibility. No matter how dishonest or ridiculous their claims are, they’ll still have an audience. Indeed, that may be precisely why they have an audience.

Seriously? Does he know how many terrorists have been successfully tried in court during this administration? How many drone strikes have been ordered? How many terrorist plots foiled? Oh, of course he knows those things. He just doesn’t care. The truth doesn’t fit the narrative he’s pushing, so he opts for lies instead. It’s what Fox News pays him to do. 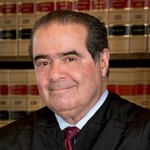 November 19, 2015
Scalia: Government Officials Can Ignore SCOTUS If They Want
Next Post 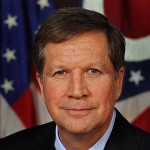 November 19, 2015 Kasich Wants Federal Agency to Promote 'Judeo-Christian Values'
Recent Comments
0 | Leave a Comment
Browse Our Archives
get the latest from
Nonreligious
Sign up for our newsletter
POPULAR AT PATHEOS Nonreligious
1

Nonreligious
Looks Like Another White Supremacist in the Air...
Dispatches From the Culture Wars