As the right wing continues to cower in fear of Syrian refugees — or perhaps more accurately to exploit that fear for political gain — a group of armed wingnuts in Dallas have decided to patrol outside an Islamic center, based apparently on rumors and lies. They’re spewing the usual bullshit about stopping Sharia law from being imposed in America, a possibility so farfetched as to be utterly laughable.

About a dozen protesters — most carrying long guns, some masked and one with his mother — lined up outside an Irving mosque on Saturday. They had come from as far away as Hunt County to the green-domed complex. To “Stop the Islamization of America,” as the mother’s hand-drawn sign urged…

Wright said he organized the rally in the wake of an Islamic terrorist group’s massacre of Parisian civilians this month. Like millions of Americans, he wants to block Syrian refugees from U.S. shores, lest they replicate the attack here.

But like a fraction of those millions, he was convinced that Irving’s mosque had established the country’s first Islamic court earlier in the year—a false rumor that started online but grew in popularity after Mayor Beth Van Duyne made it the focus of speeches to Tea Party groups.

“They shut the illegal court down,” Wright said, incorrectly. “And then, they threatened to kill the mayor.”

Thus, the guns. A protester with a bandana over his face showed off his AR-15 to traffic. A 20-year-old who wants to join the Army and ban Islam in United States carried a Remington hunting rifle while his mother held the sign.

“They’re mostly for self-defense or protection,” Wright said, eyeing his 12-gauge. “But I’m not going to lie. We do want to show force. … It would be ridiculous to protest Islam without defending ourselves.”

These people scare me way more than Syrian refugees ever could. They scare the shit out of me. And can you even imagine what the right-wing media would say if a group of armed protesters showed up outside a church? 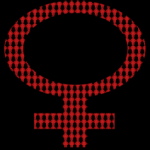 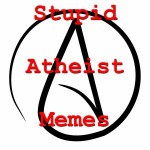