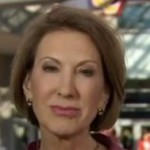 Carly Fiorina was on the Fox News Sunday show with Chris Wallace and provided a master class in how to avoid answering a question by obfuscation, changing the subject, and using what I have long called the argumentum ad labelum. Asked about accusations that the release of those anti-Planned Parenthood videos may be linked to the shooting in Colorado Springs, here is her ridiculous response:

Fiorina has been under fire for claiming she saw “a fully formed fetus on the table, its heart beating, its legs kicking, while someone says we have to keep it alive to harvest its brain,” in the highly edited videos created by anti-abortion group Center for Medical Progress. Fact checkers have repeatedly said no such video exists. This, however, has not deterred Fiorina from repeating it.

Speaking with Wallace, Fiorina blasted critics of her over the top rhetoric when it comes to abortion, saying, “It is so typical of the left to begin demonizing the messenger because they don’t agree with your message.”

“So, what I would say to anyone who tries to link this terrible tragedy to anyone who opposes abortion, or opposes the sale of body parts, is this is typical left-wing tactics.”

Notice that she never actually addresses those accusation at all except to call it “typical left-wing tactics.” This is a classic argumentum ad labelum. She didn’t actually engage the argument, she just applied a label to it — “left-wing” — and thereby declares that she has defeated it. This is illogical, of course, but it’s a powerful argument for her target audience and she knows it. Once they hear “left-wing,” it’s game over. Their brains shut off. That’s all that matters. (To be fair, this happens on the left too; merely label something as “right-wing” and probably a majority of liberals will simply stop thinking as well. The label is all that is required to “defeat” the argument in their minds.)

But again, she never even attempted to address the substance. She has a particularly noxious role to play in this, having blatantly lied about what is in those videos. It isn’t a coincidence that in a mere few weeks since they were released and promoted to the ends of the earth by Fiorina and virtually every other conservative, no matter how dishonest they were, there have been terrorist attacks on four different Planned Parenthood clinics.

This utterly false claim that they coerce women into having abortions so they can sell the body parts for profit has provoked a whole new round of anti-choice terrorism and Fiorina has been at the front of the pack pushing that lie. She has no answer to that argument, so she just applies a label that will get her off the hook with Fox News fans and moves along. 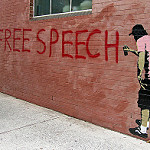 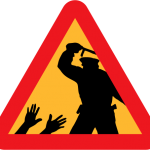 November 30, 2015 The Things That Get Megyn Kelly Upset
Recent Comments
0 | Leave a Comment
"OnlySky is now live: https://onlysky.media/I am adding Ed to my OnlySky authors shortcuts folder so ..."
Thomas Fitzpatrick Saying Goodbye for the Last Time
"Hi ,for anyone wanting to follow the friendly atheist on Onlysky, it will go live ..."
david coxill Saying Goodbye for the Last Time
"Oh yes.. The privilege of being called names by people who have zero understanding what ..."
Standingbear Gallups: Satan Has Convinced Christians They ..."
"I wouldn't mind idiots saying "Black Lives Matter" IF They Meant it.Clearly that is not ..."
Standingbear Gallups: Satan Has Convinced Christians They ..."
Browse Our Archives
get the latest from
Nonreligious
Sign up for our newsletter
POPULAR AT PATHEOS Nonreligious
1