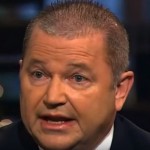 Christian theocrat David Lane has a column at Charisma News that is just an incoherent mishmash of internal contradictions and false claims about what he imagines secularism to be. First of all, he thinks it’s a religion, which is patently absurd on its face. He also thinks it is synonymous with liberalism and uses it as a catchall phrase for “everything I hate.”

Secularism and Christianity are distinct, immutable religions. Secularism believes in the fundamental goodness of man (human nature has a bent toward good). But historic Christianity is much more pessimistic about human nature, with its doctrine of original sin teaching that human reasoning is deeply flawed, inclined to evil, imperfect in knowledge, and consumed by an inborn tendency to sin. Secularism has taken hostage America’s Judeo Christian heritage and Biblical-based culture over the last century.

No, secularism does not believe in the fundamental goodness of man. Secularism just means the belief that religion and state should be kept separated as much as possible. It doesn’t mean humanism. It doesn’t mean atheism. It doesn’t mean liberalism. There are certainly some overlapping Venn diagrams there, but they don’t mean the same thing. You can, in fact, be a Christian and a secularist at the same time, like Barry Lynn of Americans United or the Baptist Joint Committee on Religious Liberty. And even if it did mean humanism, humanism does not believe in the “fundamental goodness of man.” Humanism accepts that human beings are capable of a wide range of behaviors by our nature, from sublime kindness to horrible brutality.

Ok, so now what? As I’ve previously written, “Fate is not what led Germany to their Holocaust from 1933-1945, but the inevitable consequence of failing to confront pagan ideology in the public square.” As Stanton Evans writes, ‘When religious value is denied in the realm of spirit, but reasserted in the secular order, dominion of every facet of life converges in a single center; the political regime becomes both the church and state and claims authority over faith and conscience.'”

If you can find anything remotely coherent in that paragraph, feel free to explain it to me.

Where Has Secularism Led?…

Germany—the land that birthed the Protestant Reformation through the courage of men like Martin Luther and Philip Melanchthon—began to concoct its own religion a generation or two prior to the rise of Adolph Hitler. Much like America today, German religious and secular loyalties were demanded by the state.

I just want to call your notice to the fact that he claims in one sentence that secularism has led to the pledge of allegiance being forbidden (which will come as quite a surprise to the 45 states that require it to be said in schools every single day — factual reality and David Lane rarely come into contact) and then, two sentences later, complains that in America today “loyalties [are] demanded by the state.” Lane just isn’t very good at this whole coherent thinking thing. 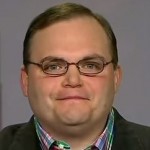 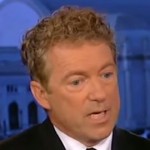 December 26, 2015 Rand Paul Won't Debate at the Kid's Table
Recent Comments
0 | Leave a Comment
"'Kay! Bye...!"
Tinstaafl Wiles Taking His Ministry Deep Underground ..."
"“He was the only guy that could stand up and tell these black teenagers to ..."
Crip Dyke Lively’s Bizarre Conspiracy Theory on Bill ..."
"That's not necessarily good news: the DHS tends to be more politicized, and more "conservative" ..."
red-diaper-baby 1942 Lively’s Bizarre Conspiracy Theory on Bill ..."
"If the FBI was more progressive, they would protecting American rights and would not have ..."
Medalcollector Hoft Wants FBI Disbanded for Talking ..."
Browse Our Archives
Follow Us!